The outstanding senior women academic achievement awards were established in 1993 as part of the University of Connecticut’s 100 Years of Women celebration. The awards recognize outstanding female undergraduates and graduate students from each of UConn’s fourteen schools and colleges for their academic excellence and dedication to research and service within the university community. The 2015 distinguished female scholars were honored at the outstanding senior women academic achievement awards ceremony on Friday, May 8 at the UConn Alumni Center. 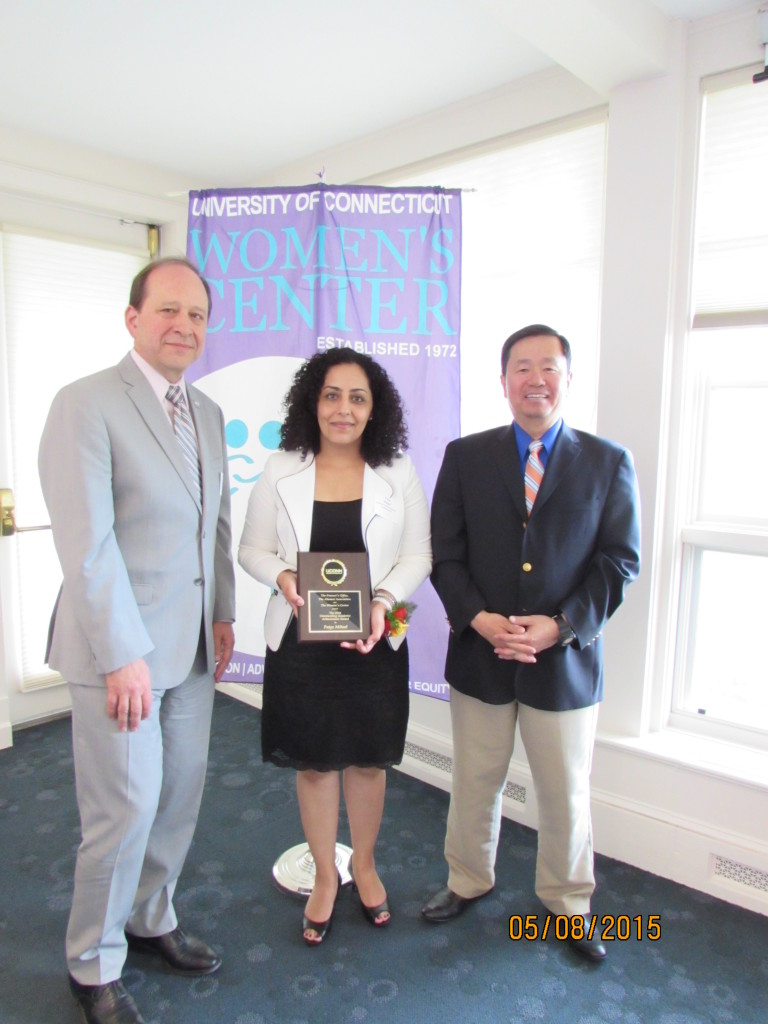 Paiyz graduated with an honors degree in biology from Southern Connecticut State University before coming to UConn to pursue her master’s in biomedical engineering and Ph.D. in materials science and engineering. Paiyz’s doctoral dissertation, “Hybrid Matrix Design for Cartilage-mediated Segmental Bone Tissue Engineering,” focuses on the development of mechanically superior 3D scaffolds for segmental bone defects. Her research centers on a bone tissue creation process that takes place naturally during fetal development. The process requires the development of a polymeric-hydrogel scaffold system that is mechanically compatible with the mechanical properties of bone. The use of a biodegradable smart scaffold and autologous stem cells is extremely promising and has immediate potential for clinical application.

The first two years of Paiyz’s graduate work were supported by a prestigious National Science Foundation GK-12 fellowship, which allowed her to work closely with teachers and students at Hartford’s A.I. Prince Technical High School. She developed fun, hands-on STEM activities in the classroom and helped to establish mentoring collaboration between the high school and a neighboring charter middle school. Paiyz is dedicated to encouraging young students, especially young women, to become future mentors and leaders in STEM. She has served as the leading graduate student at the GE-UConn girl’s summer camp and an engineering instructor at the Renzulli Academy summer program, in addition to mentoring several undergraduate and graduate students. Advisor Dr. Syam Nukavarapu reflects, “Paiyz is the go-to student in my lab.” 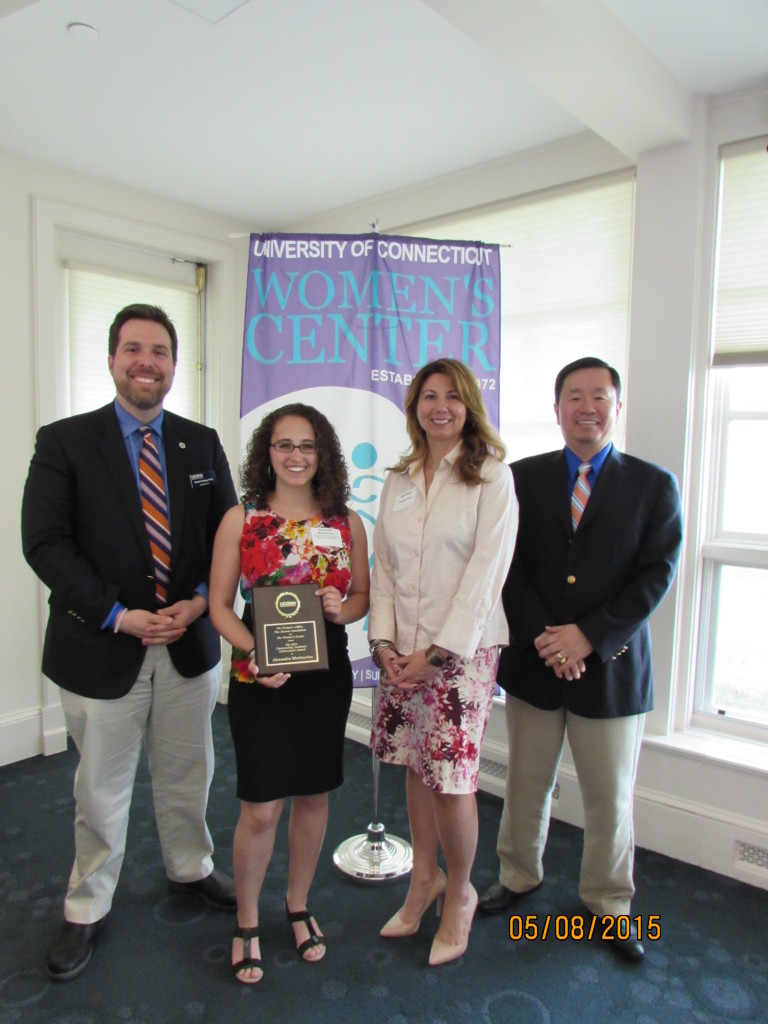 Alexandra is a member of the 2015 MSE undergraduate class. Beginning in the summer after her freshman year, Alexandra has served as the assistant lab manager in the undergraduate MSE labs, which she credits as the “launch pad” of her later experiences in MSE. During her sophomore year, Alexandra helped MSE lab manager Adam Wentworth with the junior MSE lab (MSE 3055) and was ultimately introduced to Professor Bryan Huey. Under Dr. Huey’s advisement, she worked on several projects, including an analysis of the topography of several materials and mapping the piezoelectric properties of lead zirconate titanate. For the past two years, Alexandra has served as the president of Material Advantage, a student organization that promotes professional development among its members while also developing outreach activities that teach K-12 students about materials engineering. The club’s annual banquet not only serves as a fundraiser for the organization, but also provides undergraduate and graduate MSE students the opportunity to network with professors and industry professionals. In addition to dedicated members and officers, Alexandra notes that none of Material Advantage’s events would have been possible without the continual support of Dr. Avinash Dongare and Dr. Pamir Alpay. This past year, Alexandra also served as the leader of Time Capsule to Mars (TC2M), a collaboration among seven American universities to send a time capsule to the surface of Mars.

During her undergraduate career, Alexandra was selected as an intern at Unilever in Trumbull, CT, which ultimately became the corporate sponsor of her senior design capstone project. She was awarded third place at Senior Design Day for her project, “Bimodal HDPE Resin Grades for Bottle Weight Reduction and Equivalency,” which she completed under the advisement of Dr. Pamir Alpay. In July, Alexandra will start working in the Edison Engineering Development Program at GE.

When prompted for a favorite professor and course in MSE, Alexandra reflects:

That’s really difficult— I don’t have just one. The whole department has been instrumental to my success and I could not have done it without them. Selecting a favorite class is just as difficult. Looking back at all of my classes since freshman year, I’d have to say that it was less about the exact content of the class and more about how it was presented that really stood out to me. I could always count on Dr. Goberman to show true passion and excitement for materials, and his classes always got me even more excited about where my life could be heading. Dr. Huey’s classes always challenged me to think outside the box and reassured me that creativity is really important, even if most of our classes deal with equations and theories. Dr. Brody’s classes taught me what it meant to be and engineer and work in a team. I’d have to say that it’s because of my team that I made it to where I am today. And finally, Dr. Aindow’s classes showed me what it meant to be a materials scientist. He always had a great way of tying in what we learned from our other classes and bringing it all into perspective.

As outstanding women scholars, Paiyz and Alexandra serve as exemplary role models to future female students and leaders in MSE.