MSE Researchers’ Manuscript is Selected as Editor’s Choice for 2015 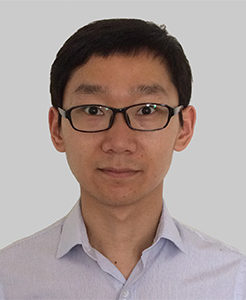 A research article “Surface Degradation of Ag/W Circuit Breaker Contacts During Standardized UL Testing” has been selected as an open access Editor’s Choice article for 2015 by the Journal of Materials Engineering and Performance. The paper was written by a team of Materials Science and Engineering researchers comprising: fourth year Ph.D. students Haibo Yu and Tumerkan Kesim; Dr. Yu Sun, a post-doctoral fellow; and Professors S. Pamir Alpay and Mark Aindow. GE colleagues Jason Harmon and Jonathan Potter (who is now at Honeywell Fire Safety) were also co-authors on the paper.

The article will provide a valuable insight into the mechanisms of degradation and failure of Ag/W circuit breaker contacts during testing. “Circuit breakers must pass a set of standardized acceptance tests established by Underwriters’ Laboratories Inc. (UL) before they can be put into commercial use,” says Haibo. “While these UL standard tests have been performed routinely on circuit breakers for decades, we are not aware of any detailed studies into the effect of these testing conditions on the microstructures of the contacts.” The research for the paper was part of a project titled “Metals and Alloys for Electrical Circuit Breaker Contacts”, which is supported by a grant from GE Energy Management-Industrial Solutions, under a GE-UConn partnership agreement.

In the study, the research team investigated the near-surface microstructures of Ag/W contacts from 120V, 30A commercial circuit breakers of the type found in most homes. Breakers were studied in the as-manufactured condition and after standardized UL overload/temperature-rise, endurance, and short-circuit testing. These are the tests that the breakers must pass to show that they are safe for domestic use. The contact microstructures were studied using a combination of X-ray diffraction, scanning electron microscopy, energy-dispersive X-ray spectroscopy, focused ion beam milling, and transmission electron microscopy. These techniques revealed the changes that occur in the near-surface structure during testing, and thus how the contacts can fail during overload, endurance and short circuit conditions. 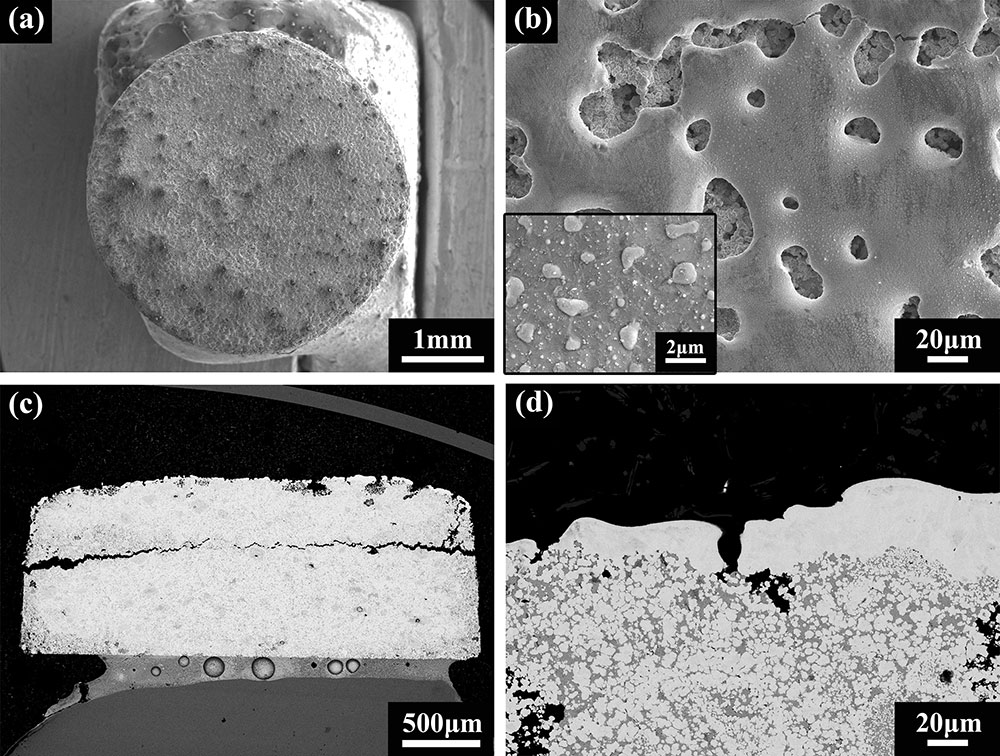 SEM images obtained from the Ag/W contacts from circuit breakers subjected to UL short-circuit tests. A W crust forms due to melting and re-solidification of W and vaporization of Ag, and mid-plane cracks form due to the severe thermal gradients.

The motivation of the research project is to reduce cost by complete or partial replacement of expensive silver in GE circuit breakers. “The contacts in domestic circuit breakers constitute about 50% of the cost of the device because they utilize silver, which is rather expensive. If one could develop a replacement material that could fulfil the same function with similar performance, then the potential cost savings are immense,” says Professor Mark Aindow.  However, the current industry standard silver-based materials have been developed empirically over decades, and there are significant gaps in the community’s understanding of the structure-processing-property-performance relationships. “Haibo’s work makes a significant contribution to filling these gaps in our knowledge and helps us to define the criteria that any new contact materials must meet,” says Professor Aindow.

Though the study was not without challenges, Haibo was very pleased with the outcome.  “I felt very honored that our paper was one of just five selected as an Editor’s Choice article from among all of the articles published in the Journal of Materials Engineering and Performance for 2015,” he says. He also believes that having the article published as “open access” will attract more readers and help publicize their research.

“We are delighted that Haibo’s work has been recognized in this way, and anticipate that this will bring well-deserved attention to his meticulous microscopy work and his insightful interpretation of the data,” says Professor Aindow.