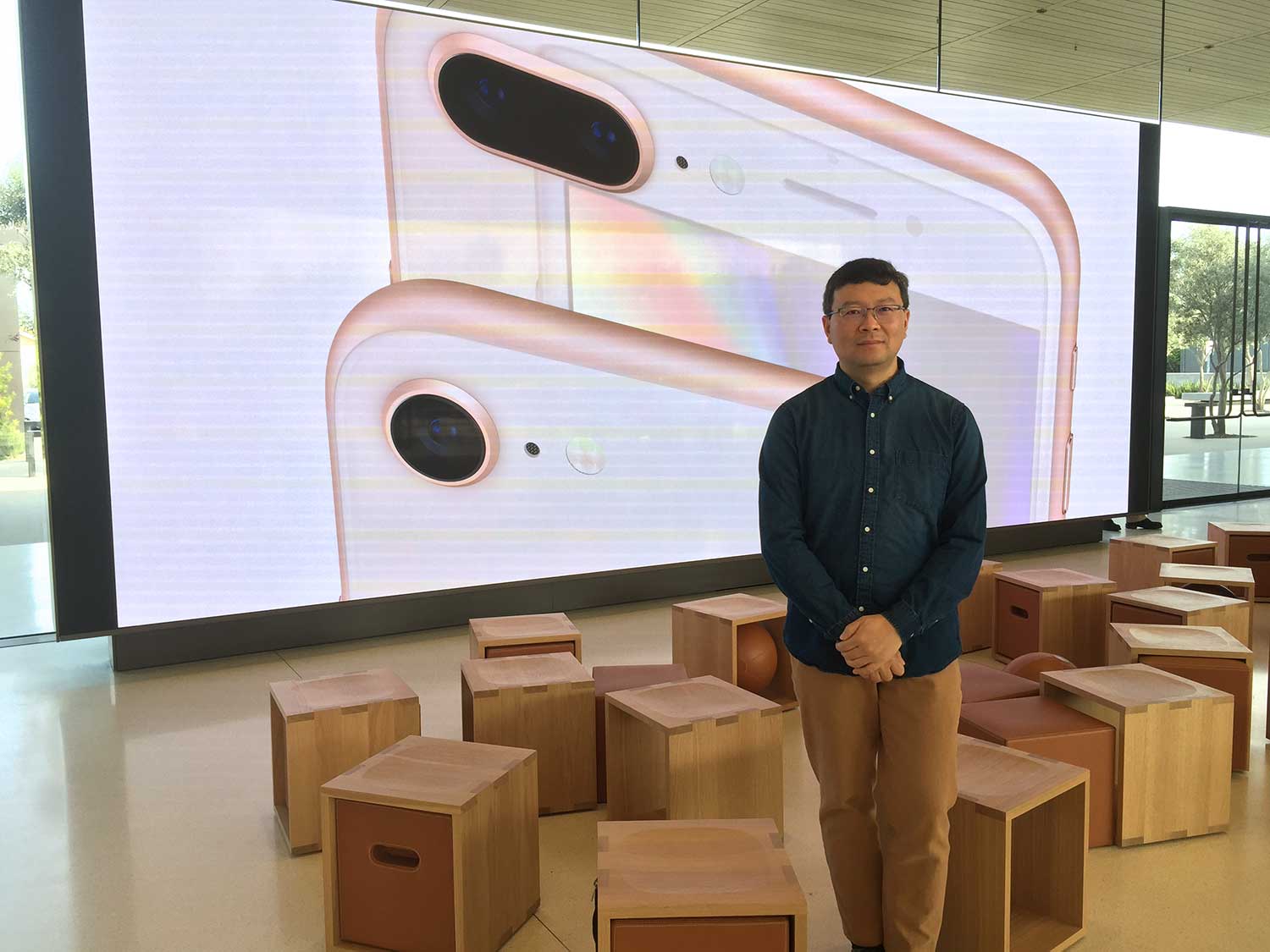 From UConn MSE graduate to Apple employee, alumnus Kai Song has come very far since his time at the University of Connecticut. As a senior hardware engineer at Apple, Kai’s current work focuses on microstructural analysis. Their team performs analysis and routine monitoring of engineering processes and procedures in support of Apple production and research and development.

Microstructural analysis was always an area of interest for Kai due to his curious nature. “Any ordinary object, when magnified thousands or millions of times will exhibit all kinds of features and structures at the micro and nanometer scale,” Kai stated. “It is the mystery of the unseen world.” However, he claims the function of an object is closely related to elements of this “unseen world”. Kai enjoys that his position allows him to explore the various mysteries this world offers.

The training in metallurgy and microscopy he received at UConn helps him in his current role at Apple. “To help build the cutting-edge features of the iPhone, Apple Watch, and iPad, we as hardware engineers must have an excellent understanding of materials engineering, tools and ways to investigate the materials, and innovative ideas to put them together, so that the device can have the desired function,” Kai explained. “Lots of time we are exploring an unknown field, which often reminds me of the research hours spent at UConn.”

Kai graduated from UConn in 2006 with a Ph.D. in metallurgy and materials engineering. His thesis topic was “Grain Growth Phenomena in Powder Metallurgy Ni-base Superalloys.” Kai chose to pursue his Ph.D. at UConn because of its strong materials science program and the extensive research opportunities available. He described UConn as a “flagship institution in New England” and appreciates the opportunity he was offered to pursue his Ph.D. there.

At the time Kai was working towards completing his Ph.D., he was also involved in a DARPA-led AIM project (Accelerated Insertion of Materials). The goal of this project was to create a materials development methodology that expedites the insertion of new materials in order to attain consistency with the engine/platform/development/design cycles.

His advisor at the time was Professor Aindow and he helped Kai transition from a successful student to a motivated researcher. Aindow guided Kai through the scientific research process from initial literature review to final publication. “This training not only enabled me to obtain my Ph.D. but has given me a continuous edge in the industry where analysis and innovation are valued,” Kai claimed. Professor Aindow recalls: “Kai was a remarkable student who was able to detect subtle trends in complex microstructural data. This allowed him to make significant scientific contributions in areas of technological importance.”

Although years have passed, Kai still remembers two specific MSE classes that stood out to him. “Transmission Electron Microscopy” taught by Professor Mark Aindow was one of his favorites. In one semester the class covered topics that take most people about ten years to truly master. Kai still uses the four-volume textbook from this class, which was written by UConn MSE Professor C. Barry Carter, as a valuable reference in the workplace. The other class that Kai particularly enjoyed was “Transport Phenomena” with Professor Harold Brody. Kai was impressed at how Professor Brody rarely used pre-prepared materials, such as textbooks and presentations. However, the explanations were so sharp and clear that no such materials were needed and learning was made simple.