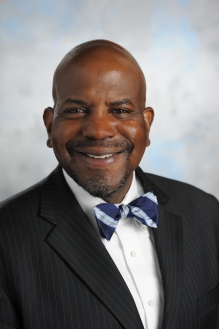 Studies have found that African-Americans, Latinos, Native-Americans and Native Alaskans are inordinately under-represented in STEM disciplines, inhibiting the progression of excellence in these fields. The creation of the Cato T. Laurencin, M.D., Ph. D., Travel Fellowship works to rectify this issue by providing motivation for the recipient to follow a career in biomaterials.

The fellowship supplies resources for an undergraduate student to attend the annual meeting of the Society For Biomaterials and become a member of the Society. These resources include registration, airfare, hotels, transfers, and meals. The student is also given a graduate student mentor to guide him or her through the Society meeting, pursuit of an advanced degree, and further professional ambitions.

Dr. Cato Laurencin, whom the fellowship was named after, is a strong contributor to STEM research, as well as to the school of UConn. He is the Albert and Wilda Van Dusen Distinguished Endowed Chair Professor of Orthopaedic Surgery in the School of Medicine and a tenured professor in three departments at UConn’s School of Engineering. He is the Director of the Institute for Regenerative Engineering and Director of the Raymond and Beverly Sackler Center for Biomedical, Biological, Physical and Engineering Sciences at UConn.

Dr. Laurencin’s own dedication to mentorship has received wide acclaim, awarding him the Association for the Advancement of Science Mentor Award, the Beckman Award for Mentoring, the Alvin F. Crawford Award for Mentoring, and the Presidential Award for Excellence in Science, Engineering and Math Mentoring from President Barack Obama in ceremonies at the White House.

In the Society for Biomaterials, Dr. Laurencin has been the recipient of the Clemson Award for Contributions to the Literature, and the Technology Innovation and Development Award. His work has been honored by Scientific American Magazine as one of the 50 greatest achievements in science in 2007, and his efforts in musculoskeletal tissue regeneration was featured in National Geographic Magazine’s “100 Discoveries that Changed Our World” edition.

Most recently, to add to Dr. Laurencin’s prestigious work, the Institute is going to undertake two bold goals: to build a fully functional knee within seven years and to regenerate a limb within ten years. With a team assembled from multiple disciplines, the Institute plans to integrate the necessary tissues that they can already create—including bone, cartilage, ligament, tendon, nerve tissue and vasculature. The unique challenge of the Institute is to replicate not just one process, but dozens of processes in an orchestration of complex actions, reactions and interactions than emulate the ontogeny of complex tissues. The members believe they can do this in a way that is self-sustaining and self-repairing.

The Institute is build around the concept of “Convergence” and decades of research in stem cell development and growth factor manipulation, bio-materials and ceramic and polymer science, lipid and glycoproteins, nanotechnology and intracellular signaling. These studies have proven that the tissues they create can be built both in vitro and often in vivo. His work is supported by the National Science Foundation, the Department of Defense, private foundations, and the National Institutes of Health which recently awarded him an NIH PIONEER Award to help fund his ambitious plan.

With this fellowship in place, named after such an outstanding role model, studies in biomaterials will gain tremendously from the advocated inclusion of these under-represented groups.