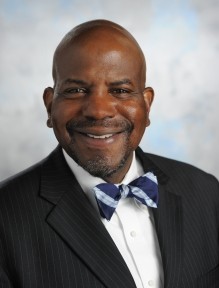 Cato T. Laurencin, M.D., Ph.D. is the 8th designated University Professor in the history of the University of Connecticut. He is Professor of Materials Science and Engineering, Professor of Chemical and Biomolecular Engineering, Professor of Biomedical Engineering, and the Albert and Wilda Van Dusen Distinguished Endowed Professor of Orthopaedic Surgery. He serves as the Chief Executive Officer of the Connecticut Convergence Institute for Translation in Regenerative Engineering and is the Founder and Director of the Raymond and Beverly Sackler Center for Biomedical, Biological, Physical and Engineering Sciences at UCONN.
Dr. Laurencin earned a B.S.E. in Chemical Engineering from Princeton University, a Ph.D. in Biochemical Engineering/Biotechnology from the Massachusetts Institute of Technology where he was a Hugh Hampton Young Fellow, and an M.D., Magna Cum Laude, from the Harvard Medical School, where he received the Robinson Award for Surgery.

Dr. Laurencin is the Founder of the Field of Regenerative Engineering.

In Materials Science and Engineering, he is a Fellow of the Materials Research Society and has been the Fred Kavli Distinguished Lecturer and Plenary speaker for the Materials Research Society. He is a life member of the American Ceramic Society and has delivered two of their most prestigious lectures. He has served as the Edward Orton, Jr. Memorial Lecturer and the Rustum Roy Lecturer for the American Ceramic Society. He is one the most highly cited researcher in Materials Science and Engineering (Scopus) and his work on engineered materials for soft tissue regeneration was highlighted by National Geographic Magazine in its 100 Scientific Discoveries that Changed the World edition. Dr. Laurencin is   Founder and President of the Regenerative Engineering Society, and is the Editor-in-Chief of Regenerative Engineering and Translational Medicine, published by Springer/Nature.
Dr. Laurencin has been honored by the White House on three occasions. He received the Presidential Faculty Fellow Award from President Bill Clinton for his work bridging engineering and medicine. He received the Presidential Award for Excellence in Engineering, Science and Math Mentoring from President Barack Obama where it was noted that he has trained a generation of underrepresented faculty in engineering. He received the National Medal of Technology and Innovation, our nation’s highest honor for technological achievement, for musculoskeletal regeneration, in ceremonies at the White House.
Dr. Laurencin has been funded by the National Institutes of Health, the National Science Foundation and the Department of Defense for over a quarter century. He received the NIH Director’s Pioneer Award (the NIH’s Highest Award for Innovation) and two NSF Emerging Frontiers in Research and Innovation (the NSF’s Highest Award for Innovation) for his work in musculoskeletal regeneration.
Dr. Laurencin has two awards named in his honor.  The Society for Biomaterials established The Cato T. Laurencin, M.D., Ph.D. Travel Fellowship Award given to underrepresented minority students pursuing biomaterials research and theW. Montague Cobb/NMA Institute and the National Medical Association established the Cato T. Laurencin Lifetime Research Achievement Award given at the opening ceremonies of the National Medical Association’s Annual Meeting each year.
Dr. Laurencin is an elected member of the National Academy of Engineering and an elected member of the National Academy of Medicine. He is an elected fellow of the Indian National Academy of Engineering, an elected member of the Indian National Academy of Sciences, an elected Fellow of the African Academy of Sciences and an elected Fellow of The World Academy of Sciences. Dr. Laurencin is an Academician and Foreign Member of the Chinese Academy of Engineering.