Thanks to the Work of MSE Alumnus David Wikholm, Robots May Become Lab Assistants 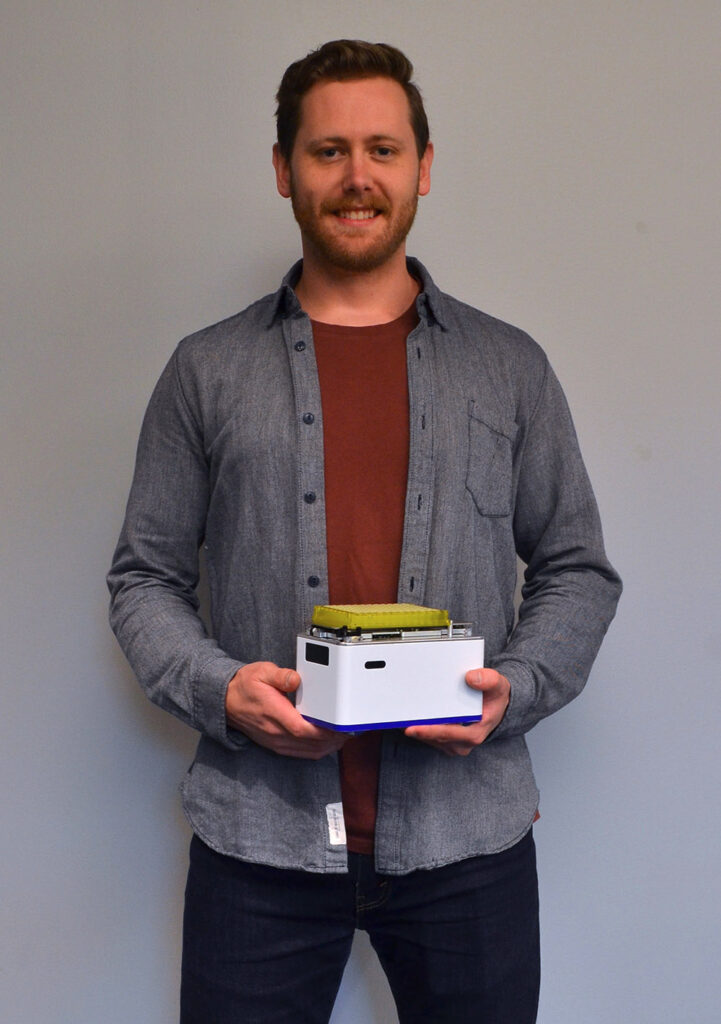 MSE Alumnus David Wikholm (2013) is used to being on the front lines of innovation: he currently works on pioneering robotics technology in his position as Product Manager and Research Engineer at Formulatrix Inc. in Bedford, MA, a company that develops laboratory automation solutions, including the next generation of liquid handlers using microfluidic technology. Wikholm considers his MSE background invaluable in preparing him for his professional life and giving him a unique perspective on the engineering problems he encounters during his projects, as well as giving him the skills needed to make breakthroughs in his work.

One of the projects to which Wikholm is applying his problem solving skills is called the Rover, a mobile robot that helps with lab automation and serves to connect instruments together to move materials between them. The Rover assists with moving experiments between the different instruments, and is packed with sensors that make it smart and aware.

Another project Wikholm is developing is called the FLO i8 liquid handler, a robotic pipettor that transfers specific volumes of liquid to perform experiments in labs. Wikholm contributed to one of the first major developments on this project, which was a novel pipette tip design with two conductive strips down the sides and resistance-based sensing to enable real time tracking of the liquid level as it rises and falls in the container. 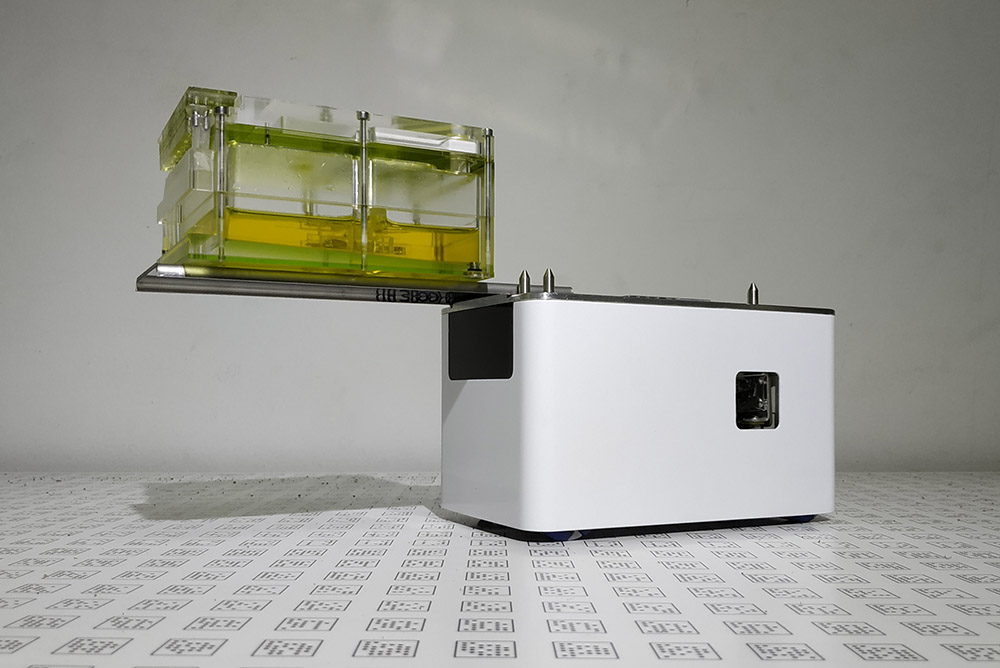 The Rover, a lab automation robot that David Wikholm (2013) is working on with Formulatrix

During his undergraduate career, Wikholm carried out research in the lab of his academic advisor, MSE Professor Puxian Gao, which centered on evaluating the behavior of certain cells when exposed to nanomaterials.  He also explored methods to create uniform growth of zinc oxide nanowires on microbeads for use in the cell biology experiments.

The focus on biology fit Wikholm’s interests, as he first became fascinated by MSE through biomaterials, and was interested in the concept of creating 3D structures to grow tissues or entire organs in a lab. Professor Gao looks back fondly on Wikholm’s research and is proud of his work.

“David is one of the very dedicated students who got involved in our materials research during his sophomore year. I am very glad to see the continued devotion and success in his young career,” said Gao.

Ultimately, Wikholm ended up choosing MSE as a major because he viewed it as an essential field.

“I saw that materials science and engineering as a subject is quite fundamental and relevant to many fields of engineering, especially in various fields of cutting-edge research that I find interesting. I am captivated by the ability to unlock totally new applications and solutions by creating new materials,” he said. His favorite course during his time at UConn was MSE 3002, Transport Phenomena in Materials Processing, taught by Professor Harold Brody.

“This course really taught me how to navigate any real-world engineering problem and work through a solution. It was a major challenge, but it was rewarding,” Wikholm said.

Wikholm ended up completing a 5-year dual degree program called EUROTECH, which leads to BA in German and BS in engineering and is designed to emphasize national strengths in particular engineering fields.  In order to complete this program, he spent a year abroad in Stuttgart, Germany, taking classes for one semester and working as a research intern at the Fraunhofer Institute for Interfacial Engineering and Biotechnology for the other semester.

“I had always wanted to study abroad and had also been interested in learning and using a second language. It seemed like a great opportunity to achieve both of those goals,” Wikholm said.

At his internship at the Fraunhofer Institute, Wikholm worked in the materials lab to research methods and materials to disperse nanoparticles in a solution, and carried out experiments to lay the groundwork for a study of the toxicology of nanoparticles. He credits his work in Germany as giving him the ability to recognize and navigate cultural differences, especially in a professional and technical environment.

“Ultimately, I believe this has helped me be successful in my role at Formulatrix, where I manage and work with teams of engineers based in Indonesia,” Wikholm said. After his work at Fraunhofer, he took another internship at Precision Combustion, Inc. in North Haven, Connecticut, where he assisted with preparing, performing, and analyzing experiments to evaluate new catalytic formulations.

Wikholm views all of these experiences as crucial for his success, and he believes the field of MSE is vital for the whole of engineering.

“I see the UConn MSE program as a hidden gem. It is a fundamental crux to almost any engineering field. It’s great for learning the essentials of engineering problem solving,” he said.

He recommends that other students interested in engineering consider becoming an MSE major.

“An MSE background can bring new perspectives to develop solutions for problems in other engineering fields,” Wikholm said.