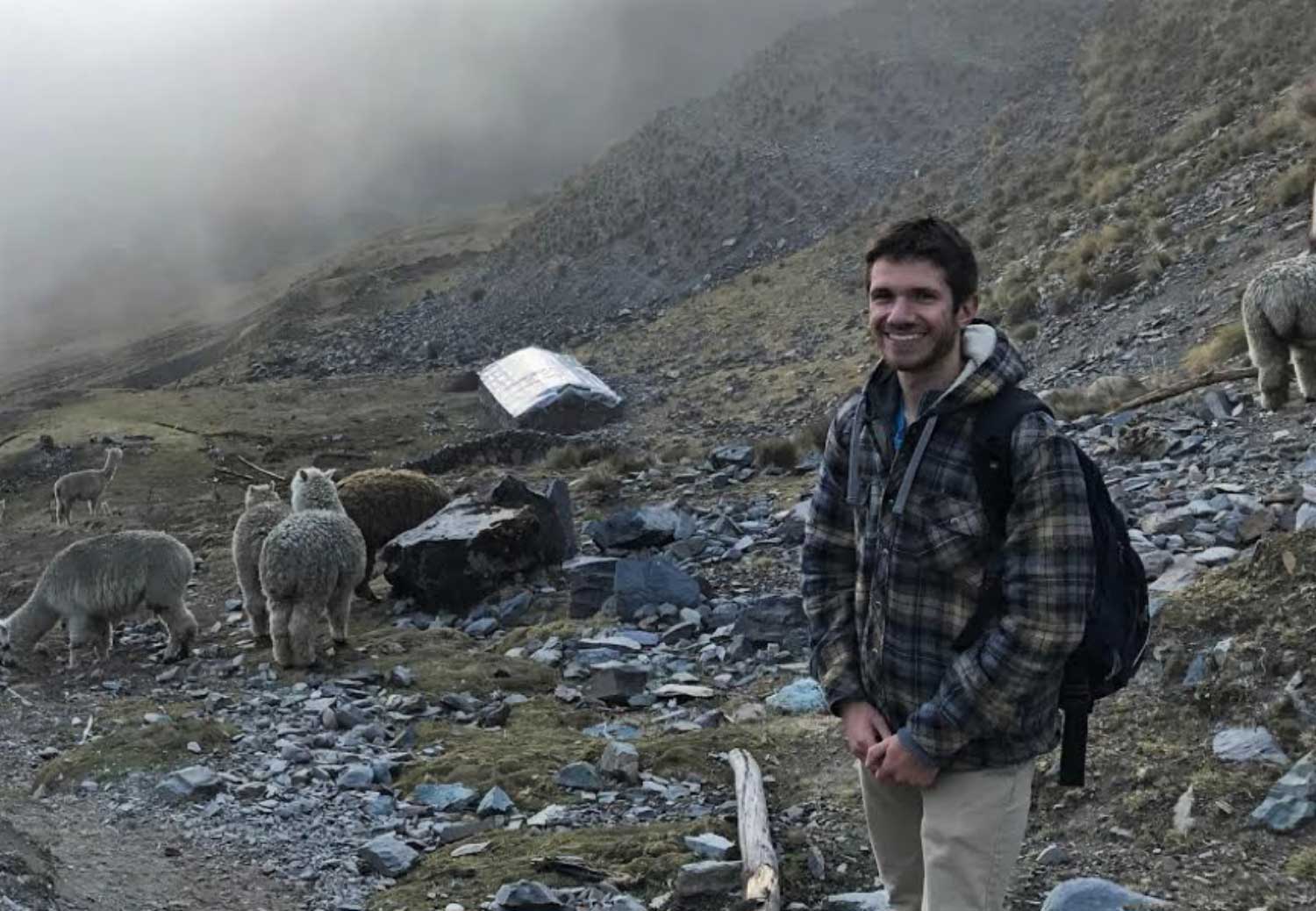 Undergraduate and STEM Scholar Ryan Cordier was initially interested in attending medical school once he completed his degree in biomedical engineering. However, after he attended the Engineering 1000 seminar, he added materials science and engineering as his second major the following week.

Engineering 1000 is a first-class seminar class, where professionals give presentations on the various areas of engineering. Professor Huey spoke at the seminar about MSE’s vital role in space applications, which often lead to huge advancements in science. “The quest for the exploration of science isn’t just a technological marvel, but a fantastic symbol of global cooperation to advance humanity as a whole,” Ryan said, recalling that seminar. This talk deeply resonated with Ryan, and led him to pursue materials science and engineering as his primary field of study.

Ryan got to explore these various topics first-hand when he joined Professor Huey’s lab the summer after his freshman year. The work he currently does in the lab focuses on memory storage technology. Huey’s research group engages in a novel process, in which they are able to tomographically characterize ferroelectric domain switching by using atomic force microscopy.

Not only has research had a profound impact on Ryan’s success, but also his involvement in the organization Engineers Without Borders (EWB). When he first heard about EWB, he was keen on joining due to his strong interest in sustainable international development.

When Ryan joined EWB, they were beginning their Ethiopia Project. He was able to get involved in the project early on and eventually served as the Ethiopia Project Lead. In Ethiopia, EWB paired with a small farming community, hoping to add an irrigation water storage and distribution system. However, due to political instability that was occurring in the area they were working in, they were denied travel for two years following their initial assessment trip, so they were unable to complete their project. Although this project was shut down, EWB is still looking for alternative ways they can help this community.

Ryan currently serves as chapter president of Engineers Without Borders, in which his role involves overseeing their projects in Peru, India, and in a local community garden in Willimantic. In addition, he hopes to add a project in Africa in the near future.

EWB’s current flagship project is located in Peru, in the Andes Mountains, where they are designing composting latrines for a rural community that has had reoccurring issues with contaminated water. During the summer of 2017, Ryan led a UConn team to the community to make initial contact and measurements for their Phase I implementation, which will take place in August 2018.

As opposed to classroom learning, Engineers Without Borders has provided Ryan with a hands-on understanding of engineering. “EWB forces us to look at every aspect of solving a problem- design, budgeting, raising funds, implementation logistics, trying to predict failure and working with teams,” Ryan explained. Instead of working hard for a grade, Ryan and his team work to improve the quality of people’s lives, which is all the more motivating to the group.

Engineers Without Borders has shaped Ryan’s experience at UConn. He gained positive leadership and interpersonal skills from interacting and working with many different people. Ryan said, “By sending out students to explore and interact with foreign cultures, we are not only physically building solutions for those without the means to do it themselves, but also establishing personal connections and breaking down pretenses on both sides.” He enjoys how EWB brings people from unique cultures together to form strong connections and create progress.

You may be interested in helping future MSE students participate in activities like Engineers Without Borders. Please consider making a donation through the UConn Foundation and identify MSE’s account (22156) to enable more such opportunities for our next generation of engineers and leaders.