Pushing the Boundaries of Science for a Sustainable Future 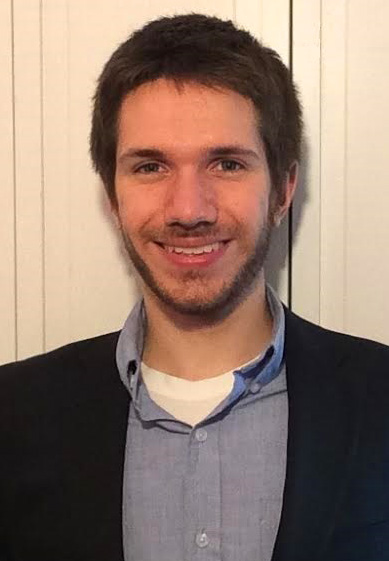 People don’t visit doctors’ offices to pick up infectious bacteria, but often that is what happens. This notion led undergraduate Ryan Cordier, a fifth semester honors undergraduate in the MSE and Biomedical Engineering departments, to develop a new approach to stethoscope hygiene that would decrease patient exposure to bacteria.

With Dr. Alpay as an advisor, Ryan has conducted research in Dr. Huey’s group since his freshman year, where he assisted a graduate student with research on the characteristics of ferroelectric domain propagation in Lead Zirconium Titanate (PZT) using a novel approach to a microscopy technique called Piezoresponse Force Microscopy (PFM). Building upon the research techniques he gained early on, Ryan has turned his attention toward improving patient experiences in a clinical setting by eliminating the risk of transferring infections.

Ryan developed the project last January when he and two other UConn students- fellow biomedical engineering major Amisha Dave and physiology and neurobiology major Liz Pouya – attended the Yale Healthcare Hackathon. Within 24 hours, Ryan and the others proposed and developed a small, wall-mounted dispenser that a doctor or nurse can use to apply a small protective film to the stethoscope before using it on the patient.  “The film, instead of the stethoscope, will pick up any microbial agents during contact with the patient,” Ryan says. “The film can be disposed of before it leaves the room.” Ryan believes this product has the potential to prevent a large number of infections acquired at hospitals.

This summer their proposal won the Innovation Quest (IQ) grant, which funds original student ideas to help implement them in the real world. The IQ program provided professional assistance for Ryan and his team, which ultimately led them to file a utility patent on the design and form their own company. 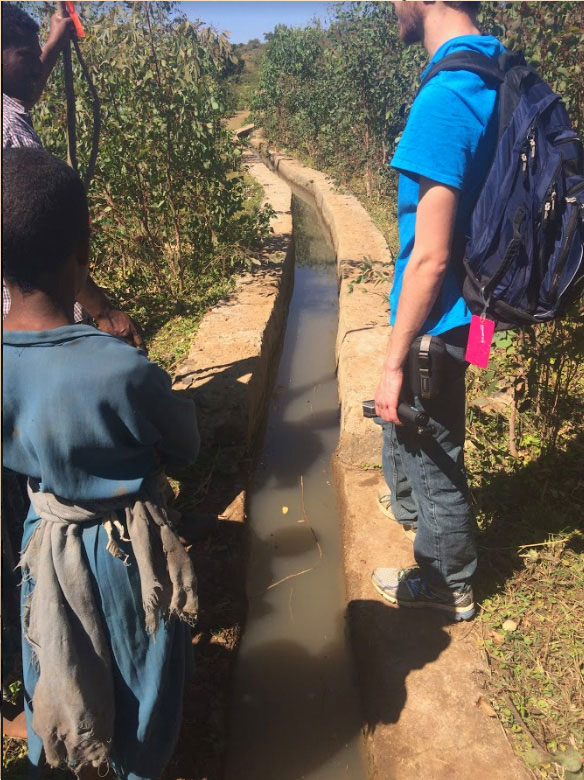 Ryan (on the right) stands next to the current canal system in the Abba Samuel River Watershed, Northwest Ethiopia in January 2016.

“We decided the pursue the notion of turning our idea into a small entrepreneurial venture, and began entering various other innovation competitions,” Ryan says. “We were incredibly surprised to receive first place in the IQ challenge.”

They decided to couple their efforts with an independent research study to validate the potential for stethoscope hygiene to prevent the spread of infection in clinical settings. With the support of a UConn IDEA Grant, they are conducting research this semester which involves swabbing stethoscopes at the Student Health Services clinic and analyzing the bacterial strains to quantify the number of microbes that are being transmitted every day by stethoscopes.

If all goes well, Ryan would be on the verge of revolutionizing the patient’s experience in clinical environments. “The stethoscope is the one tool that almost always comes into contact with a patient, whether they have strep throat, MRSA (Methicillin-resistant Staphylococcus aureus), or the common cold,” Ryan explains. “I’m very excited to see the results of our research project through the IDEA program.”

This project would add to Ryan’s many accomplishments as an undergraduate engineer with big ideas for the future.  Ryan is also the Project Lead of Engineers Without Borders’ (EWB) Ethiopia Project, where he oversees technical design and travel logistics. This project involves designing an irrigation system that will improve water retention in the Abba Samuel River Watershed, a rural village in northwest Ethiopia. The village currently has no functioning infrastructure to gather or store water used for irrigation. With partial funding from United Technologies Research Center (UTRC), the students traveled to Ethiopia last January to conduct preliminary observation of the site, and to facilitate stronger ties with the community. They have spent months designing a new distribution system to improve water retention.

“We hope to implement this new system in summer 2017,” Ryan explains. “One of the largest challenges we face is to make sure the community understands exactly why and how we are building these additions, so that the farmers can extend and repair it without our assistance.” The EWB design team aims to use financially viable and locally sourced materials.

“I estimate the irrigation portion of our partnership with the community will take the better part of the next two years, after which my successors will be able to start addressing other problems the community faces, such as water sanitation and sustainable energy.”