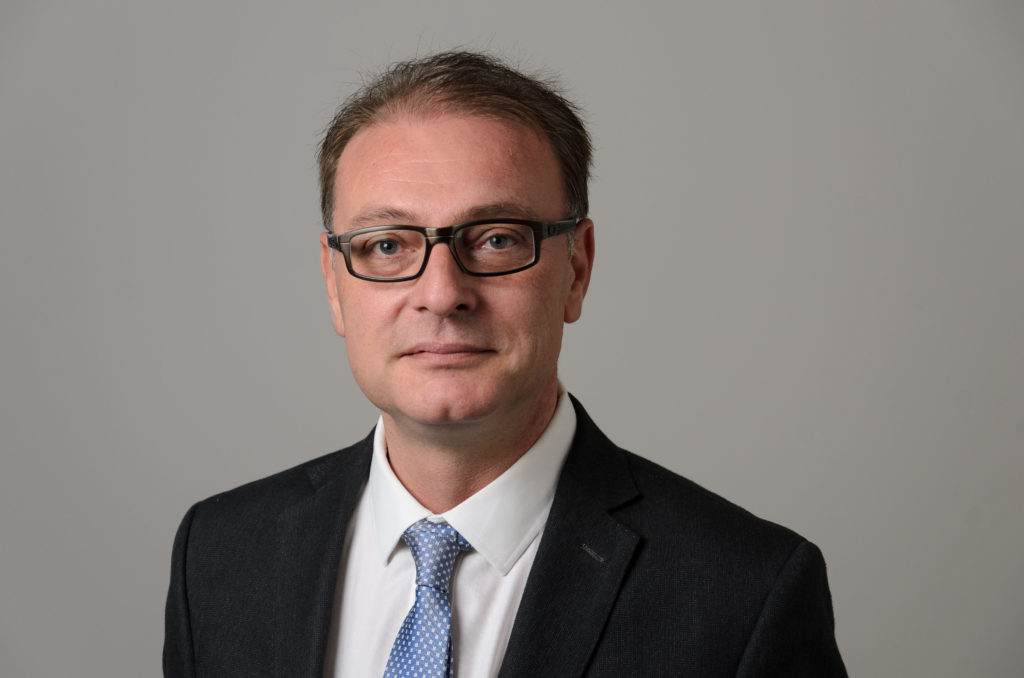 Pamir Alpay, Materials Science and Engineering GE Professor in Advanced Manufacturing, has been appointed as Associate Dean for Research and Industrial Partnerships at the School of Engineering (SoE). Dr. Alpay will continue as the Executive Director of UConn Tech Park, with the dual roles enabling him to lead engineering centers and applied research initiatives.

Dean Kazem Kazerounian announced the new title last week in an email to the SoE community.

“We are thrilled to have someone with Dr. Alpay’s experience taking the lead on our industry relations and research development,” Kazerounian said, adding that he is “excited for the future” of the school.

As Executive Director of UConn Tech Park, Dr. Alpay leads the University’s efforts to increase strategic partnerships with businesses in a state-of-the-art research and development facility. Dr. Alpay joined UConn’s MSE department in 2001 and served as its Program Director and subsequently as its Department Head from 2011 to 2017. He received his Ph.D. in 1999 from the University of Maryland.

He is an elected member of the Connecticut Academy of Science and Engineering (CASE) and a Fellow of the American Physical Society (APS) and the American Ceramic Society. He is the recipient of several awards including the NSF CAREER grant in 2001, the UConn School of Engineering Outstanding Junior Faculty Award in 2004, the UConn School of Engineering Outstanding Faculty Advisor Award in 2013 and the AAUP Excellence in Career Research and Creativity Award in 2018. Dr. Alpay has over 200 peer-reviewed journal publications and conference proceedings, four invited book chapters and a book on functionally graded ferroelectrics.

Based on an email by Dean Kazem Kazerounian