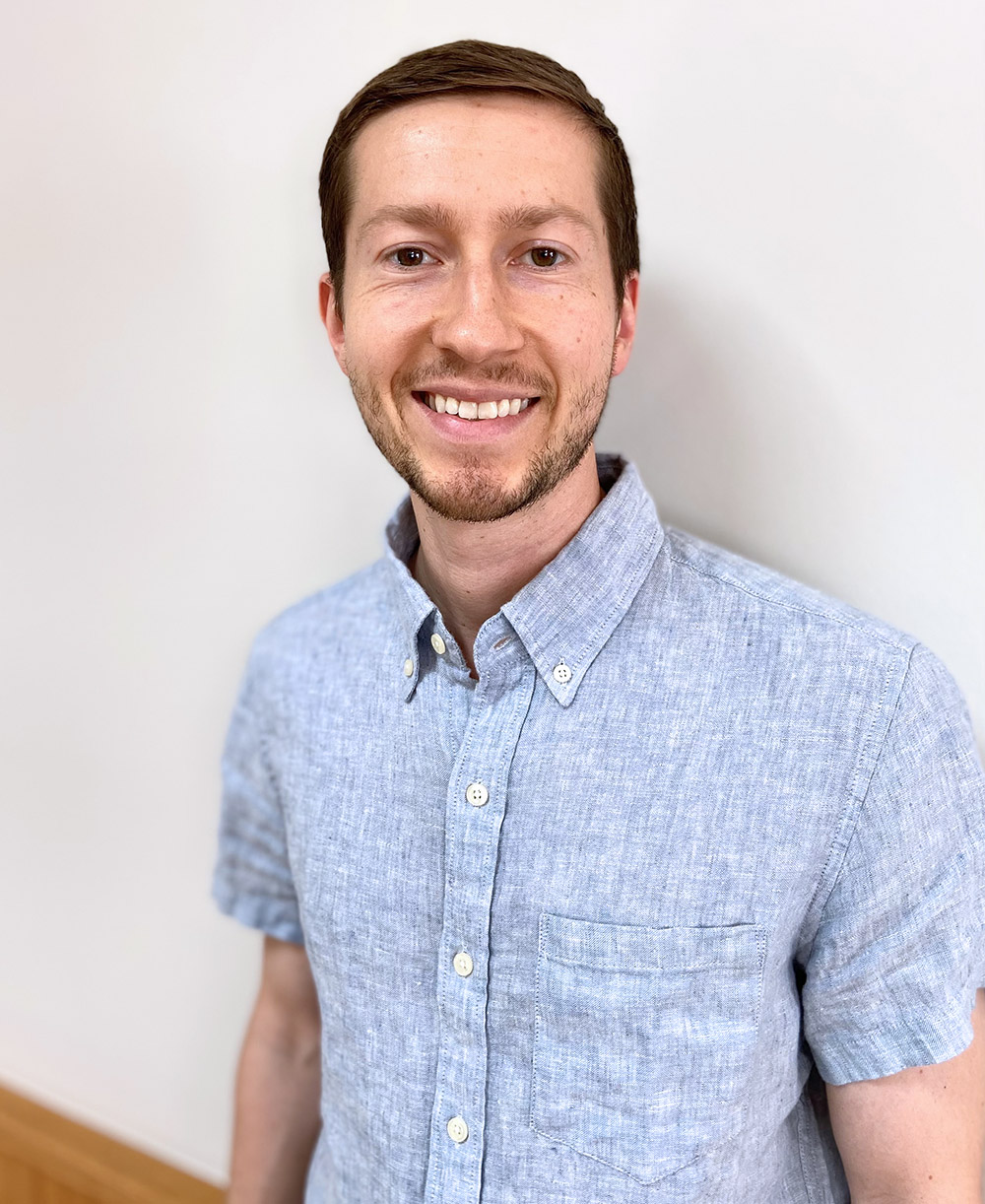 When your car breaks down, one typically pulls to the side of the road and the day might be ruined. However, a plane does not have this option. “We have a saying that ‘there is no breakdown lane at 30,000 ft,’” Aero Gear engineer Patrick Brueckner says.

Brueckner graduated from UConn Materials Science and Engineering in 2013 and has since worked at Aero Gear, an aerospace engineering and manufacturing company based in Windsor, Connecticut. As a materials engineering manager with the company, Brueckner oversees much of the crucial work done to ensure air travel’s safety and success. “Our gears are flying all over the world in different applications in helicopters, fighter jets, and commercial planes. An engine is set up in such a way that if one of our gears fails the engine loses power. So, we take our job really seriously to make sure those parts never fail,” he says.

While the significant impact of the company can be simply conveyed, the complex work that Brueckner encounters every day is harder to appreciate. According to Brueckner, his confidence took a hit when he first joined the company because of this. “When you leave school you don’t know what you don’t know, so you can get humbled really quickly,” he says.

Ironically, what got Brueckner hired was his familiarity with a specific technology with which Aero Gear was not experienced. In fact, he brought an entirely new background as the first materials science engineer hired by the company.

When he joined Aero Gear in 2013, the company was interested in using a new carburizing machine. Through carburizing, gears are made harder and more wear resistant. The old way of carburizing was through an ambient atmosphere furnace while the new system employed a vacuum furnace. Brueckner says he did not have much experience with the vacuum furnace, but his experience as an MSE graduate was considered valuable in helping the company understand processing with the new machine.

Since then, he has gone from an engineer developing processes for the new vacuum furnace to managing the engineers and operators who work on the furnace. He also manages their metallurgical lab.

The progress he has made is even more impressive given his background. Up until his sophomore year at UConn, Brueckner was unsure of what he wanted to do and was leaning towards a business degree. According to Brueckner, it was when his parents showed him an MSE article that he thought, “this is cool” and the decision was made.

Brueckner quickly immersed himself into UConn MSE joining Professor Pamir Alpay’s research group and working with Professor Harold Brody on castings. “Both had a huge and lasting impact,” Brueckner says.

Less than two years after joining the major, Brueckner had the confidence to travel abroad to continue his undergraduate research there. Having been born in Germany (moving to the U.S. when he was eight), it made sense that he go back to his roots. In 2011, he worked as a research assistant with Lifetex Safety in Germany, a company that produces technologically sophisticated protective clothing for a wide range of applications.

Though the material he learned during his internship is not related to what he does now, Brueckner says the experience was valuable and is something he recommends for all MSE students. “It is definitely a good life experience. You must be open minded. People around the world approach problems differently. and seeing how someone else approaches a problem may help you in the future,” he says.

Aside from studying abroad, Brueckner recommends students take the time to immerse themselves in activities outside of MSE. Having played soccer all his life, he found time to continue his hobby throughout and after college as a referee and coach in his free time. According to him, doing so can be extremely tough in college especially for MSE majors.

However, it is also very important. “Keep in mind that you have to be a well rounded person. Half of your job in industry is interacting with people. You could be book smart but if you don’t know how to interact with the boss or coworkers then you won’t really get anywhere. So, soccer and other hobbies or extracurriculars help you develop those skills,” he says.

His confidence in MSE has solidified since college and become his guide through extremely complex projects. “Some of the parts are hilariously complicated,” Brueckner says. “You go from this problem that seemed insurmountable–like there is no way you can figure out how to make it to the point where we could get to full production mode–and we are one of the main suppliers for some of these parts. I think that is one of the coolest aspects of the work I get to do.”

Brueckner recalls one of his toughest experiences in which Aero Gear was hired by a company to work on creating a particular part. “We found a way to manufacture it that the company didn’t even know was possible. Aero Gear made it and it was such a shock to the company that they actually ended up changing the blueprint for us,” he says.

Currently, many of the projects he is involved with at Aero Gear have been in collaboration with UConn and the Air Force Research Laboratory (AFRL). ‘Project Daedalus’ is an expansive effort by UConn and the AFRL to build relationships with small and large Connecticut businesses in the aerospace industry to tackle bigger industry challenges. The project also hopes to educate and foster interest in these issues among Connecticut students.

According to Brueckner, within Project Daedalus, Aero Gear has focused on gauging the impact of stress during manufacturing on how a gear performs. This is mostly being done through simulations, according to Brueckner. “This is a significant problem as determining and overcoming the impact of residual stress is a time and cost-intensive process,”UConn Today says in an article about the project.