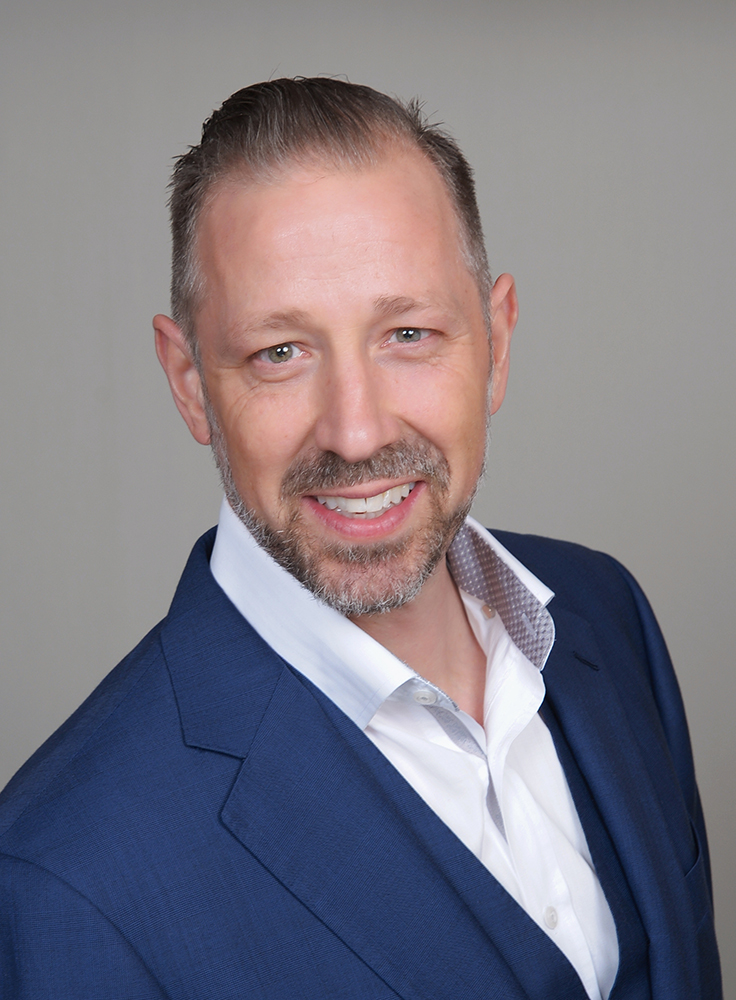 Every phone, car, computer, and even washing machine uses semiconductor chips. Though the chips are small and cheap compared to the final product, they play a vital role and in many ways are key to our economy. As a product marketing manager at Thermo Fisher Scientific, MSE Alumnus Justin Roller works on marketing and product development for an automated transmission electron microscope which helps the semiconductor industry produce more efficient chips at higher yield.

One could summarize Roller’s background by saying that he has lived all over the map. After graduating from Georgia State University with a bachelors in chemistry, he received his master’s in materials engineering from the University of British Columbia. Prior to pursuing his PhD at UConn MSE, he worked for the Government of Canada at the Institute for Fuel Cell Innovation in Vancouver. While working on his PhD, Roller collaborated closely with MSE professors Radenka Maric and Barry Carter. After graduating in 2013, he moved from the East Coast to Oregon where he started his career with Thermo Fisher Scientific.

However, it was not always in Roller’s plans to settle in Oregon. It was through Professor Carter that he became acquainted with an employee of Thermo Fisher. Three months later, Roller got a call from the company with a job offer.

Eight years later, traveling is still a major theme in his life. According to Justin, it is one of the coolest aspects of his job with Thermo Fisher. “I’ve travelled all over China, Japan, Taiwan, Korea, and the US. Our manufacturing site is in Eindhoven, Netherlands so I usually fly there several times a year as well,” he says. Throughout all these places, Roller has helped achieve Thermo Fisher’s mission of using science and technology to make the world a safer, healthier, cleaner place.

Similar to his geographic presence, Roller’s job experience has made some leaps. He has gone from purely engineering to dealing with the business side of science. As a product marketing manager for the unique automated transmission electron microscope, he is now in charge of both the business and technical sides of the product.

“One moment I’m on a call with a customer trying to understand their pain points or to share a product roadmap. In the next call I might be presenting to our VP about revenue and gross margin targets, or pitching ideas for the next iteration of the product to other areas of the organization,” Roller says.

However, this multifaceted approach took some getting used to. “For me, the jump to product marketing was a big change and I was afraid I might lose my technical edge,” he says. After all, Roller’s career had thus far been defined by materials science. To this day, his favorite and most significant contributions are ones he made in the field. “I co-authored a review paper on cathode materials for solid oxide fuel cells with colleagues at the National Research Council Institute for Fuel Cell Innovation back in 2010. It has since been cited by over 1000 peer-reviewed papers. However, my favorite paper was submitted to the Journal of Materials Science about the effects of selected process parameters on a jet-diffusion flame for platinum particle formation,” he says.

Ultimately, Roller found that moving on from purely science did not mean he would lose his technical instinct. “Instead, I gained a business acumen,” he says.

Of course, the bridge to business was not a perfectly smooth process. Roller’s boss gave him advice as he switched from applications to product marketing. According to him, his boss said, “Justin, you are going to make mistakes. Don’t be afraid and don’t expect to do a perfect job all the time. Just get back up and learn from those mistakes so that you are better prepared next time.”

Though he has changed jobs, roles, and geographic states, Roller emphasizes the importance of moving on, but not forgetting. “The key is to keep things fresh, never burn bridges, and know when to move on,” he says.

Roller himself kept working with UConn professors and facilities after leaving. “I continued to collaborate with UConn Professor Radenka Maric and Emeritus Professor Barry Carter, Brookhaven National Labs, and former UConn Professor Bill Mustain for some time after graduating. Having access to some top-notch microscopes was like my version of having a luxury car. I enjoyed helping out their graduate students while also satisfying my own intellectual curiosity,” he says.

Reflecting on his own experience, Roller advises current MSE graduate students to network with each other, reach out to previous students, get involved in projects that have a direct industry linkage, and leverage the contacts that your advisor shares. “Don’t be afraid to try something new even if it’s not in your focus area. Finally, go out in the world with a positive attitude and have fun,” he says.