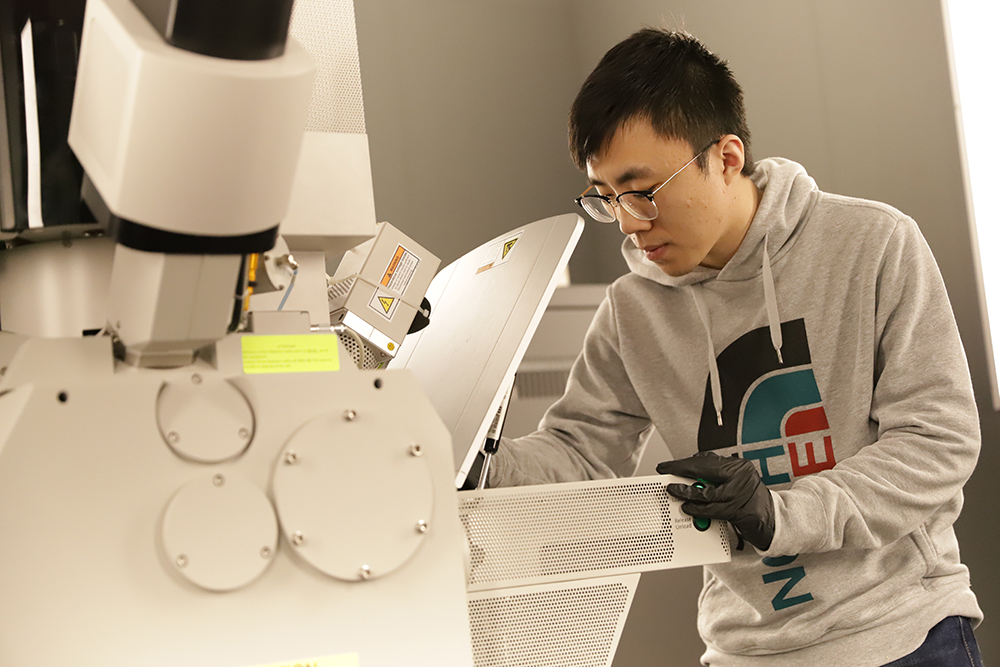 Typically, the elastic strain limit of crystalline solids is less than 1% because dislocation plasticity or cracking occurs only after a small amount of elastic deformation. In his research, Xiao shows an extremely high elastic deformation up to nearly 15% of strain and complete shape recovery in the intermetallic compound, SrNi2P2, through making and breaking P-P bonds between atomic layers.

“I was so excited when I saw the results,” says Xiao. “Compared with conventional shape memory alloys, which exhibit 5~10% of elastic strain limit, our material can exhibit an even larger elasticity limit. More interestingly, the process of making and breaking bonds does not accumulate any mechanical damages such as dislocations and micro-cracks.”

In Lee’s words, Xiao’s work demonstrates how trillions of chemical bonds in a solid are formed simultaneously by mechanical forces. The material, SrNi2P2 shrinks when the chemical bonds are formed under the compressive force and, if the applied force is removed, expands when they are broken. This is unusual given that the phase transformation process can be repeated infinitely without creating any damage due to fatigue. According to Lee, the material can be used to create an ultra-spring system that can absorb and release a giant amount of mechanical energy.

“I believe our discovery will open a new and promising research opportunity for the development of high performance super-elastic materials among more than 2500 ThCr2Si2-type intermetallic compounds” Xiao says.

After graduating in 2018 with his bachelors from the University of Science and Technology in Beijing, Xiao chose to travel across the globe to pursue his graduate’s degree at UConn. Xiao has since become a member of Lee’s research lab, focusing on in-situ mechanical characterization of superplastic intermetallic compounds. In the past, Xiao has served as both a president and senator for the UConn Materials Research Society. In his free time, Xiao enjoys playing guitar and video games.