From Failure Analysis to Blade Design 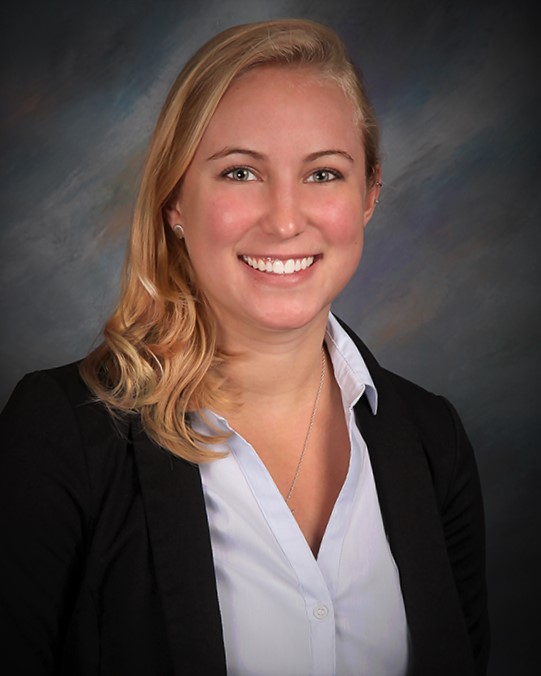 After spending years analyzing the reasons why helicopter parts broke, Materials Science and Engineering (MSE) alumna Rheanna Ward has learned that failure is rarely the end. In fact, many successful designs and products have resulted from failure. After being involved for several years with analyzing why parts break, Rheanna wanted to transition to the front of the problem by designing blades which can operate under harsh conditions and help rescue people.

“My personal goals are intertwined with work so it would be difficult for me to separate the two. I put a lot of effort into my work and I want to make an impact on the engineering community,” Rheanna said.

Since graduating UConn with her BSE in 2015, Rheanna has worked at Sikorsky, a subsidiary of Lockheed Martin, first in Materials & Processing (M&P) conducting failure analysis on aircraft parts (identifying how and why part of an aircraft broke during test, flight, or development), and now in Blade Development designing blades for commercial and military use. Throughout her four years working at the company, she has continued to build on lessons learned in MSE, forge relationships with her coworkers, and learn “more than she could have imagined.”

“I enjoyed working on composite failures the most because they were different and not as well documented or understood as metal failures,” Rheanna said. “We looked at parts under the light microscope, in the SEM, and pieced everything together to come up with a story on how parts failed.”

“There are people who understand the processing, performance, and structure for composites in depth, but the knowledge is not as widespread as it is about metals,” Rheanna said.

During her time in M&P, Rheanna often worked with the Blades Engineering Department, and got to know the manager and team there well. When a position opened up in Blades Development, the manager approached Rheanna and asked her to join their department.

“I had never designed anything before, yet he insisted I would learn how and thought I would like the group. I’ve been in this position for about a year,” Rheanna said, adding that she’s happy she stepped out of her comfort zone to delve into blade designing.

In Blades Development, Rheanna and her team take broad requirements about new developmental aircraft and design blades for the appropriate lift and operating conditions. “We rely on other groups to give us input such as how much the blade must lift, if the aircraft will be in a harsh environment (excess sand or saltwater), and if there are certain materials to use,” she said. “It’s pretty neat to see all the new technologies emerge and see the final product you worked on in the end.”

Rheanna credits the group work her MSE instructors assigned as some of the best preparation for industry work. By working together to dissect challenging problems and work out the solution, Rheanna got her first taste of what it would be like after graduating.

“No one designs anything alone, and learning to talk to people and respectfully disagree and present facts on why things should be done a certain way is important.” This collaborative effort has enabled her to come up with new ideas for designs or materials. “These new discoveries are allowing us to push the limits of materials and design better, longer lasting parts. I look forward to when we can design parts that have an infinite life.”

Rheanna’s cohort while in MSE comprised about 30 people per class—today, it’s grown to 40 students per class. This small group of students all knew each other well and worked on homework together. “I was able to have class with my best friends every day which was really special. Some of my best memories were sitting in E2, studying with our group, and ordering wings and watching YouTube videos to take a break from our work,” Rheanna said.

“My advisor, Professor Alpay, was always there to support me and give me direction whenever I was questioning myself. I owe a lot of my success to him because of all the positivity he offered me when things got tough.” Such advice is particularly useful to Rheanna today, as she is pursuing a master’s degree part-time, while also working full-time. Rheanna thinks of it as “short-term pain for long-term gain.”

After earning her MS and becoming a better designer with CATIA, the design software suite she uses for computer-aided engineering at Sikorsky, Rheanna wants to manage a development program and become an Integrated Product Team lead for the entire helicopter rotor system, which extends beyond blades.

“When I think of where I started four years ago, I believe in five years I will be ready for a whole new set of challenges. We are lucky that Lockheed Martin (who owns Sikorsky) has so many different divisions. I can see myself rotating to Lockheed Space or Missile and Fire Controls at some point,” she said.

Since graduating UConn, Rheanna has remained involved in the UConn community. She helped develop senior design projects on behalf of Sikorsky, gave tours to Bridge students—a five-week intensive summer program to prepare students underrepresented in engineering fields for their studies in UConn Engineering—and helps recruit at UConn whenever Sikorsky attends a career fair. She looks forward to Material Advantage Banquets as an alum as well, an event close to her heart because she helped initiate the annual banquet when she was Vice President for Material Advantage in 2014.

When asked what advice she would give future undergraduates, she said, “I try so hard to do everything perfect the first time that sometimes it’s difficult to accept I may fail. Ask your peers and teachers for help when you can’t figure something out. Not everyone expects an answer immediately. If I don’t know the answer to something, I know enough to say, ‘I don’t know, but I can find out.’ And my MSE degree gave me the foundation to then go and solve the problem.”