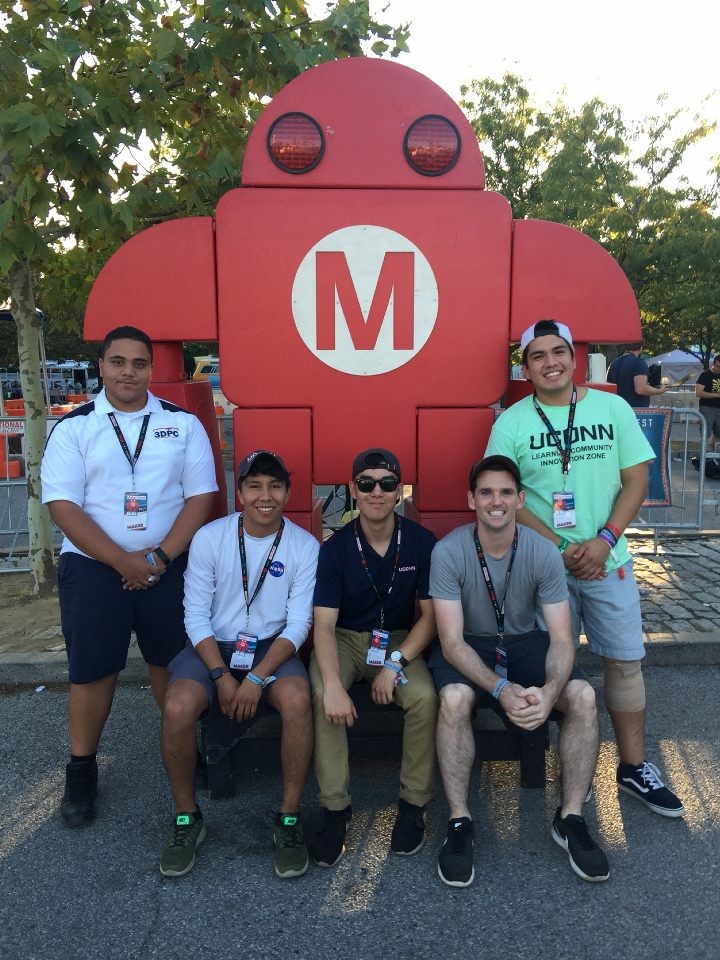 UConn MSE students presented their projects related to additive manufacturing at the World Maker Faire in NY Hall of Science Queens, NY for the third consecutive year. The projects were part of a showcase called In Space 3D Printing and Recycling.

All MSE seniors took part in this exciting event, which involved students displaying a capstone project sponsored by NASA. This year’s showcase involved students displaying a capstone project previously sponsored by NASA. The project focuses on the recyclability of specific thermoplastics and will continue this academic year under new sponsorship from Tethers Unlimited Inc. (TUI). TUI is fabricating a new 3D printer and recycler that will eventually find its home on the International Space Station to begin testing in 2018.

Tracy Gill, leader of the X-Hab activity in NASAs Kennedy Space Center says, “The X-Hab challenge allows NASA to assess new ideas and emerging concepts while providing undergraduate and graduate students with the opportunity to gain hands on experience in technology development.”

Specifically, the UConn MSE Seniorsworking on in-space recycling and reclamation. They plan to develop an in space-recycling plan for a 3D printer/recycler, which will produce and recycle polymer parts in a single unit. The reuse of this product can effectively diminish the need to resupply during lengthy missions.

All university teams have the complete academic year to work on their project and eventually develop a prototype. This time will be spent focusing on research development, manufacturing and design. The teams must present three project status briefings to NASA and then display their final prototype in May 2018.