MSE Undergraduate Earns Her Degree as Both Student and Teaching Assistant 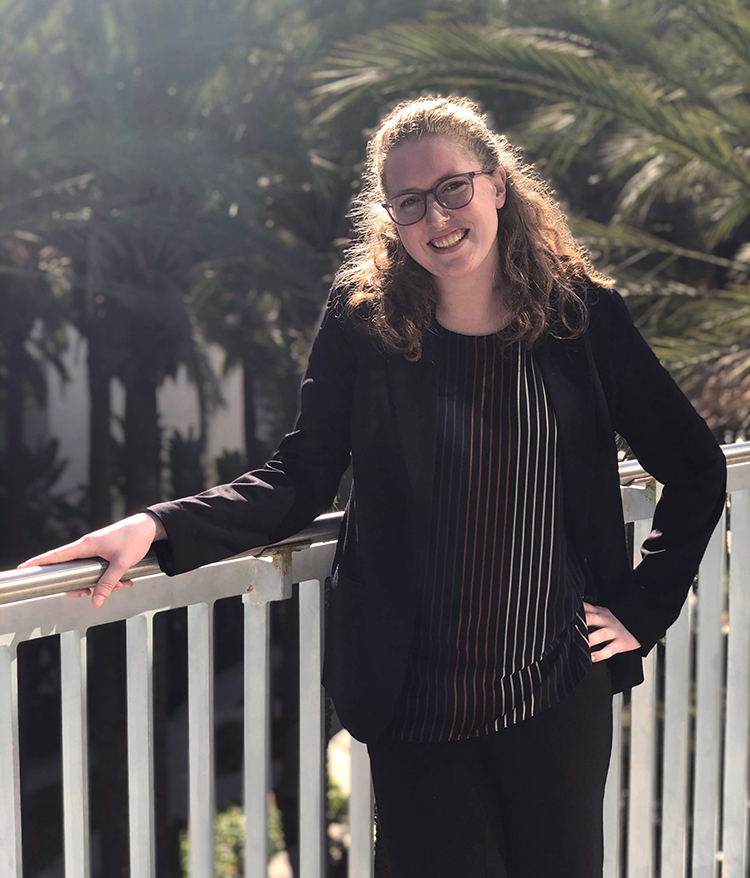 Materials Science and Engineering senior Brianna Westenfield began at UConn as a biomedical major; three years later, she is now finishing her final fall semester as an MSE undergraduate student and teaching assistant.

Like most undergrads during their first year, freshman Westenfield was faced with the realization that her intended field of study was not for her. Though she was not fond of biomedical (BME), Westenfield was still interested in materials science. According to her, the next logical choice was MSE. “I’m really glad that I did end up switching because I love MSE and I think I’m a lot happier here than I would have been had I stayed in BME,” she says.

While her major in biomedical was short-lived, her lasting interest in engineering was what had initially brought her south of her home state of Mass. When her older siblings went through the college admissions process, Westenfield remembered them touring UConn and the school’s great engineering program. With admission and the option of going home for weekends, Westenfield became a Husky.

Though many undergrads change their majors, not many become teaching assistants. After applying for the position last year, Westenfield assisted Professor Serge Nakhmanson during the spring semester with an Introduction to MSE course (MSE 2002). This semester, she assists with the director for MSE’s undergraduate laboratories, Professor Fiona Leek in the MSE junior level lab course (MSE 3055).

“It’s really rewarding to be able to explain a process to a student in the class in a way that they understand it. It’s a great feeling to know that you’re helping someone learn something that isn’t necessarily easy to understand at the start,” Westenfield says.

According to her, it can be difficult when students ask questions that are too deep for even her understanding. “Thankfully, Fiona is a wonderful professor to TA for and is always happy to explain something to all of us,” she says.

Aside from her TA position, Westenfield also volunteers with Multiply Your Options, a program run by UConn’s Society of Engineers, to help expose 8th grade girls from throughout the state to engineering. She has volunteered with the organization for all four years she has been at UConn. “I love helping the girls who come to learn and experience things that they may not be able to in their daily lives,” she says.

Though teaching is not something that Westenfield has seriously considered as a career, sharing her passion and knowledge in engineering as a mentor has become a theme in her life. “I hope to be able to keep teaching people for a long time, even if it is not necessarily in the traditional way,” she says.

Westenfield’s own teaching abilities have been inspired by Professor Leek, whom she says has been an influential mentor. “Fiona is an incredible professor and an even better mentor. I never hesitate before asking her advice on anything from academics to industry and things like graduate school, and I really appreciate any and all words of wisdom that she can give,” she says.

Since making herself at home in MSE and working under Leek, Westenfield has identified the areas of the field she favors most. She has grown particularly interested in failure and failure analysis. “It’s really cool to look at how and why things break and if there is anything you can do to prevent it,” she says.

According to Westenfield, she is interested in pursuing her passion for failure analysis after graduation, whether it be through a job in industry or by continuing her academics to earn her graduate degree.

Outside of the MSE department and her teaching assistant roles, Westenfield feels strongly about empowering women in engineering. Having been in the Society of Women Engineers club all four years at UConn, she has held a leadership position with the club since sophomore year. “I love the mission behind the club and I love to be able to go somewhere and be with other people who understand what it’s like to be a woman in engineering,” she says.

On top of this, Westenfield participates in the Husky Ambassadors group which runs open houses and the Husky for a Day program. Through this role, she helps prospective students get a taste of what it is like to be a UConn student.

The Husky for a Day program is something that is of particular value to Westenfield who might not have ended up at UConn had she not done it. “I participated in the Husky for a Day when I was a senior in high school and it was one of the main reasons I actually came to UConn, so I love being able to do the same thing for another person,” she says.

Despite her many roles related to her career, Westenfield shares that she does in fact have hobbies outside of materials science and engineering which she finds time for. Interestingly, she is passionate about the arts. According to her, she enjoys painting, sketching, and reading.

Finding the time for these activities may be something that also discourages undergraduates from pursuing a TA position. However, Westenfield says that it is not as overwhelming as you might think. “It can be a little worrisome the first time you do it, but it’s actually a lot of fun. It’s really interesting to actually see the other side of things, and it gives you a bit of perspective when it comes to your own TA’s and professors,” she says.

For those who are unsure about the field of MSE and much less sure about helping teach it, Westenfield says they give it a chance. “I especially see it in my friends who only minored in MSE, but they tend to wish that they had gone into MSE fully.”

“MSE is really a fantastic place to be. Yes, the program is well ranked amongst other colleges and the research that’s happening in UConn MSE is incredible, but honestly it’s the people that really make the program,” says Westenfield.