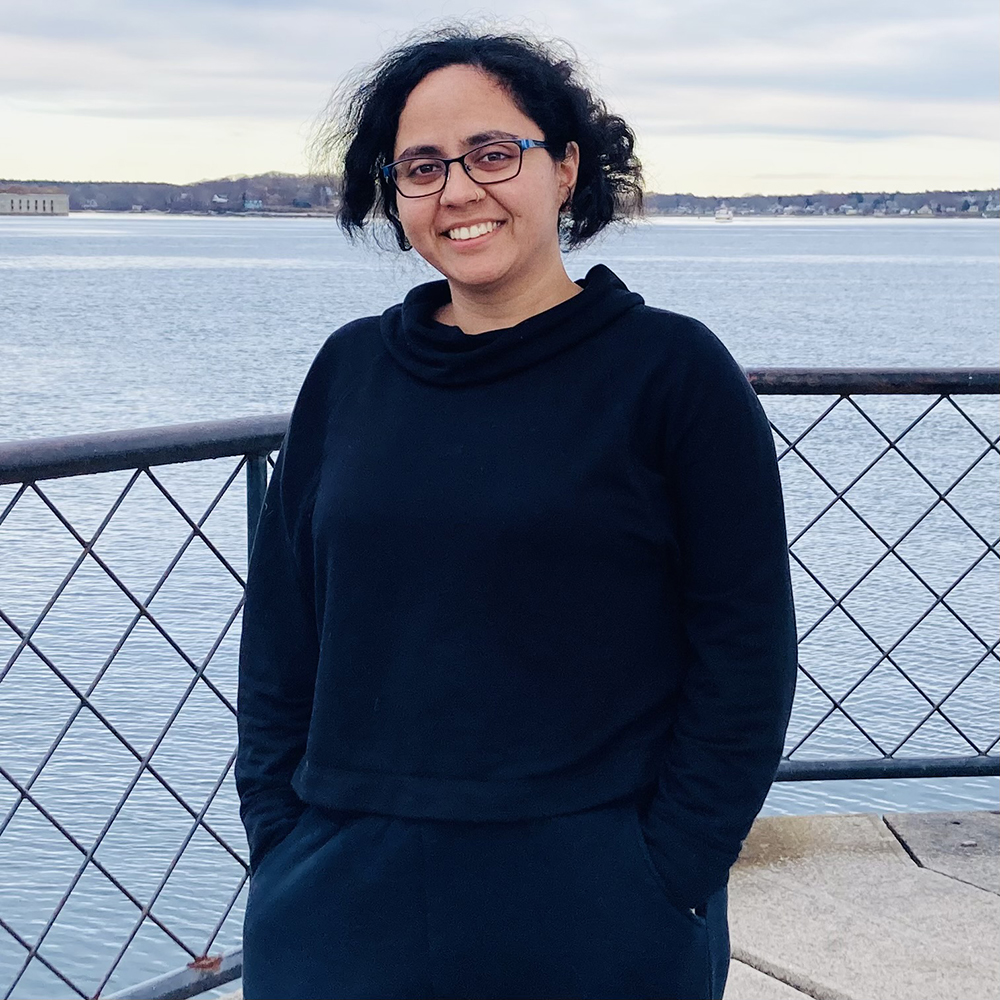 As of 2021, female PhD researchers like Suman Kumari are welcoming the challenge of pursuing a passion in a still male-majority field. Though representation has improved compared to decades ago, the imbalance in a classroom or lab can still be intimidating. According to Kumari, though it hasn’t been easy being a female in her discipline, this shouldn’t dissuade others from pursuing materials science and engineering.

“Though the world is changing, it’s challenging as a female in the materials science and engineering field, but nothing is impossible if you have the will to do it. I would say, ‘listen to yourself, you know what you want to do,” she says.

In much of her career so far, Kumari has not let any hesitation stop her.

She earned her bachelor’s degree in chemical engineering and computer science and engineering from the Indian Institute of Technology Gandhinagar (IITGN) in 2017. During her undergraduate years, she did a summer internship at Clemson University. Following graduation, she worked as a project associate for an IT firm, Cognizant. A year later, she went back to IITGN to be a junior research fellow.

As an intern at Clemson assisting in computational modeling of fluids through membranes, Kumari began to realize her particular interests which led to her future decision to pursue her PhD. She was involved in developing the framework for the fibrous membranes and determining the permeability of the flow when she became engrossed by the significant change in the flow properties which occurred when changing the microstructure. Kumari recalls this as a precipitating moment leading to her future as an MSE PhD candidate.

“I was more interested in understanding the material’s behavior irrespective of their application in different domains,” she says about materials science and engineering as opposed to chemical engineering.

Students in MSE often face two paths as they progress throughout their career leading up to their undergraduate graduation. Many students will find themselves drawn to either the realm of scholarly research or leaving formal academia behind for industry. According to Kumari, her exposure to research from Clemson to her fellowship at IITGN reinforced her affinity for the fundamental science of investigation, innovation, and experimentation in a university setting.

In particular, Kumari felt inspired by the collaboration and kinship which can occur in group research. As a female— a minority in MSE— her sense of purpose in groups that are often all male drove her past any intimidation or challenge.

“I liked the scientific discussions with my group members. It is the journey that one goes through and skills one obtains during their PhD that was exciting for me. Even though I knew that it can become stressful sometimes, coming out of that and starting fresh again is something we need in all aspects of life, not just a PhD. So, basically, the entire journey of 4-5 years full of challenges and learning intrigued me to pursue a PhD,” Kumari says.

With her decision to pursue her PhD, Kumari then had to figure out where exactly she would want to be for the next few years. She came to know of UConn MSE from a past colleague she met as an undergraduate who had gone on to the department at UConn.

“From her, I heard that the MSE department is quite good here, and she connected me to a few students in MSE from whom I got to know more and was impressed. Therefore, I chose UConn for my higher studies,” Kumari says.

Kumari initially joined the UConn MSE Department with the thought of staying in her comfort zone doing computational work in polymers. However, this intention did not work out as planned, she says. Ultimately, she came to know about other groups doing similar work, though different from her prior work. One of the faculty members who was scouting for students was Associate Professor Volkan Ortalan. After talking with him about her interests, Kumari found upon closer introduction that his research would complement her past experience well while also pushing her.

“The only thing was I didn’t have any experimental experience at all. I was very confused at that time, but I took it as a challenge to learn, and to my surprise, I started liking it,” she says.

As of 2021, Kumari makes up the majority female student group led by Ortalan. Within the group, Kumari says she has been investigating the structure-property relationship of polymeric systems using in-situ TEM (Transmission Electron Microscopy) and understanding the fundamental science of such systems by capturing their dynamics on extreme spatial and temporal scales with Ultrafast TEM.

“It’s a bottom-up approach to understand the system from atomic to macroscopic scale. These in-situ techniques could fill up the gap in the fundamental knowledge to help with the processing and manufacturing of materials for a given application. It could be helpful in various disciplines apart from material science,” she says.

According to her, she is most interested in the forces of space and time.

“Capturing the ultrafast dynamics on the extreme scale is fascinating to me. It can give a lot more information about how things are changing over such small space and time scales, consequently affecting the behavior at a macroscopic level,” she says.

According to Kumari, she and the rest of the group are given a lot of independence by Ortalan to perform their research. This is something, she says, that makes him a great leader.

“He is great as an advisor and provides his full support for our holistic development. He encourages us to take responsibility for our own progress and let us find our own way,” she says.

Additionally, Kumari’s appreciation for collaboration in research is something Ortalan also values. According to her, the group has open discussions during the meetings and works in smaller groups with one another.

“Learning from each other is something I like about the group,” she says.

This is something she has found with UConn MSE as a whole that differentiates it from other universities.

Kumari says that unlike other schools she spent time at, UConn MSE has “hands-on experience with advanced instruments, collaboration with other universities and research groups, and working with diverse groups of people.”

“Overall, it’s a great experience so far at UConn… The students, faculty, facilities, opportunities, and everything,” she says.

Though she has not yet decided exactly where or what she will find herself doing following graduation, she has an idea she won’t venture far from academics and inspiring rising women in STEM.

“Whatever it would be, I’ll be involved in teaching science and its wonders.”