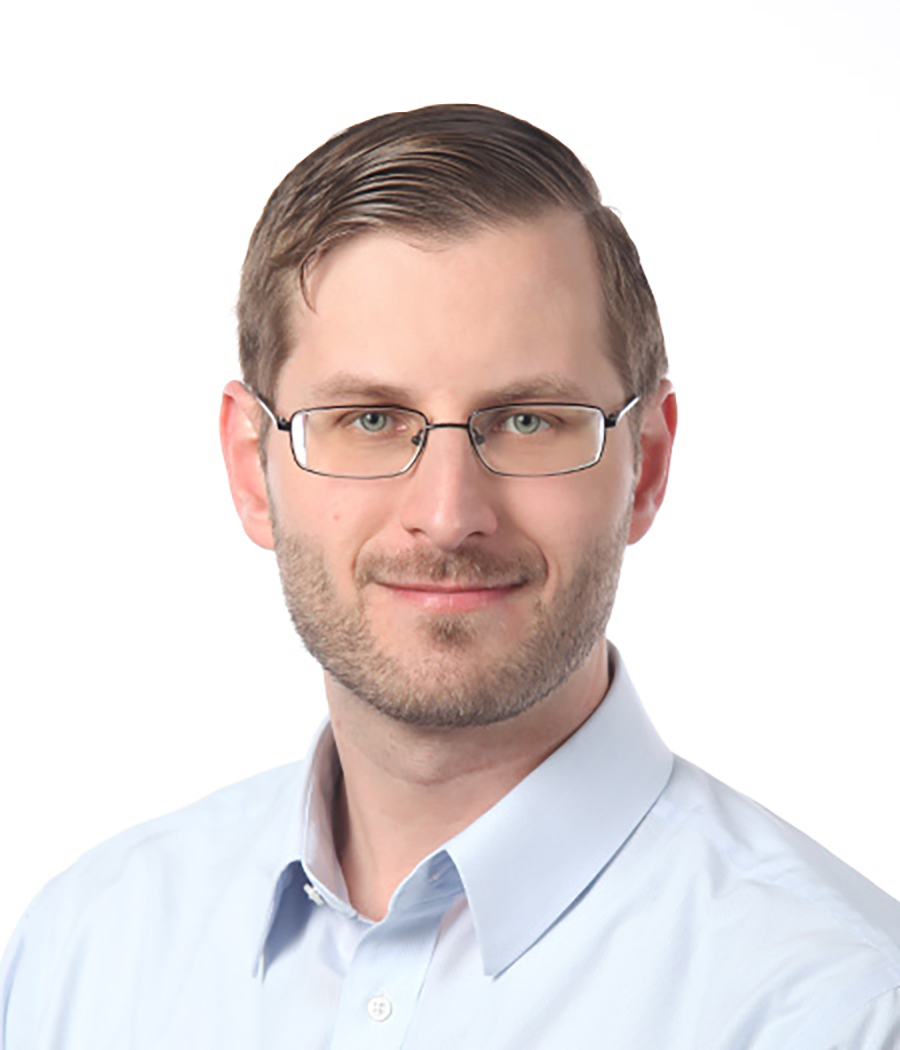 In spring of 2015, James Kos was an MSE senior participating in the UConn Spring Career Fair. According to him, he never would have expected that by the end of the day he would have an offer letter from General Dynamics Electric Boat.

Six years later Kos is no longer a senior in college but instead a Materials Application Engineer in the R&D division of General Electric Aviation in Cincinnati. He has also recently received his Masters Degree through the UConn Masters in Engineering (MEng) program; a graduate engineering program often preferred by professionals who are already employed.

In between his current successes and those six years ago, Kos has enjoyed four different roles within General Dynamics Electric Boat and General Electric Aviation. While some might view his job switches in a negative light, Kos does not see it that way. “There’s an impression that jumping between roles is bad for your career, but I found it was quite the opposite. The cross training and connections have helped propel my career trajectory,” he says.

The necessity to adjust to a new environment and colleagues when switching roles can be unattractive to some. Moreover, being challenged with the discomfort of the unknown is an experience most tend to shy away from. To Kos, however, discomfort and the unfamiliar are to be embraced. “I would actually suggest deliberately seeking out roles and tasks you are uncomfortable with, it forces you to learn and grow.”

Kos may not have given the same advice a couple years ago; this mindset and his confidence have developed with each job experience. “I’ve become less concerned about appearing ‘smart’ to my peers and trying to give answers to people right away. Learning how to say ‘I’m not sure, but I’ll get back to you’ without feeling guilty, even when I’m 90% sure, took some time. I learned that you aren’t judged or punished for doing that, and it is in fact encouraged to go take the time to double check and maybe get a 2nd opinion,” he says.

Working in teams in the MSE department, students are typically with others who have relatively similar academic skills and interests. Kos says this is not the case in his current job where he often works in teams where the others have very different skills, interest, and roles. “Being a materials representative on design projects—sometimes the only one—really pushed me to learn how to work in multidisciplinary teams. This taught me the importance of self-study, as well as knowing when to seek out help from other materials engineers and mentors,” he says.

In his current role as a GE Aviation Materials Application Engineer, his two major responsibilities involve performing materials development (i.e. design of experiments, testing, failure analysis, and characterization), and acting as a bridge between research projects and the design teams.

Kos is most excited by the work he does on additive manufacturing or 3D printing for metallic components. “It may seem strange but the most exciting thing to me is how far the technology has left to go,” he says. According to Kos, getting to be a part of the future of materials and knowing where and what they will be used for is one of the best aspects of his job. “I get to look at a GE engine and know what my part was in its design. It makes it very real and satisfying,” Kos says.

With his success in the engineering workforce, Kos sees any opportunity to further his education as valuable. Many see advanced degrees as further stepping stones to a different job or higher level management. But for Kos, his choice to pursue a masters was purely for the sake of learning itself.

“Continuing education is incredibly important,” Kos says. According to James, moving on from college does not mean a person will stop being a student. Being confronted with new skills and tasks everyday is a part of any job. Opportunities to further oneself should be valued and not dismissed.

The chance to do so through formal higher education was even more appealing to Kos given the job benefits available to him at the time. Tuition reimbursement is something James recommends students look for when seeking employment.

The UConn MEng program became the perfect fit as it gave James the opportunity to pursue his degree online and at his own pace. According to Kos, it was helpful to be able to tune in to classes online, or asynchronously if he had a work conflict. Additionally, he says, the MEng program has a lot of flexibility, and the core classes are professionally very valuable.

“I would highly suggest the program, it was incredibly helpful both technically and intellectually. It also allows you to take classes and develop skills for the job you want, not the job you currently have,” Kos says. According to him, the program is to thank for his success in his current job.

“My time as a MEng student at UConn was a fantastic ride, and really helped advance me professionally and personally. I learned a lot of new skills, learned from fantastic professors and had an all-around great experience,” he says.