How Working with NASA Led Theresa Nosel to Major in MSE 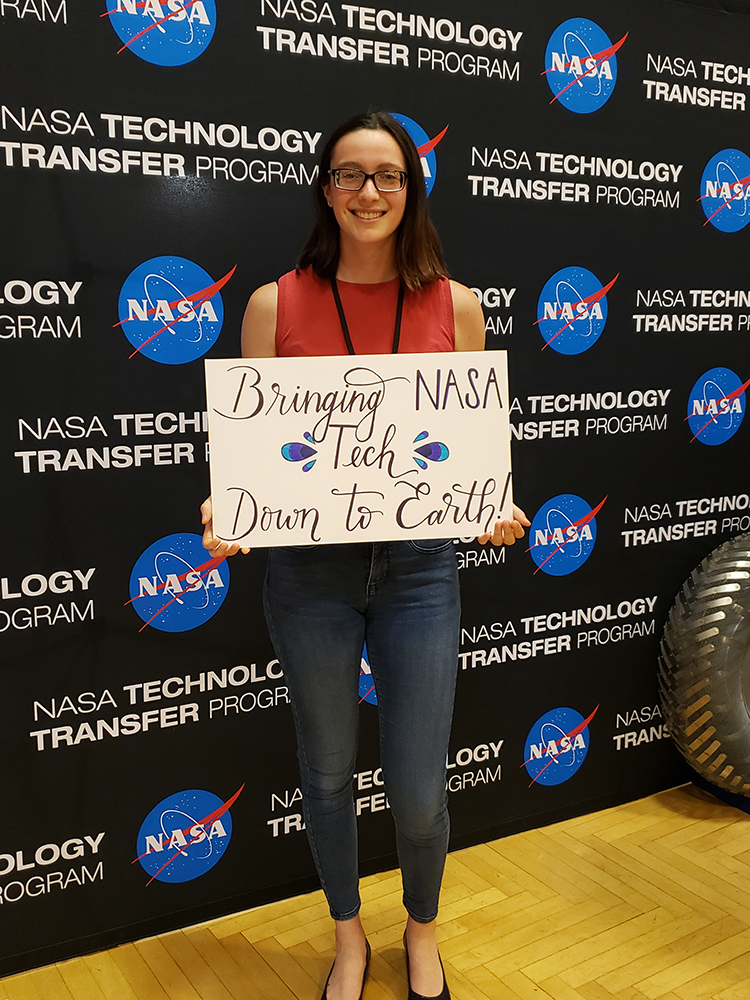 MSE Sophomore Theresa Nosel has had two internships with NASA

Before even coming to UConn, MSE sophomore Theresa Nosel was already very much accomplished. After all, she had two internships with NASA under her belt before transferring to the university from Manchester Community College (MCC) for her sophomore year, an achievement that anyone would consider impressive. Ultimately, she put the experience she gained with NASA to good use, as these internships set her on a path to majoring in MSE.

Nosel was able to get her first internship with the help of a program called the NASA Community College Aerospace Scholars program. Even though this was an online program, Nosel was able to go on-site in Virginia, to the NASA Langley Research Center, and then to the NASA Wallops Flight Facility, for a week each as a continuation of the online program. At the latter facility, she met an employee from the NASA Stennis Space Center in Mississippi who was helping with the program. Nosel applied to be an intern there for the spring 2019 semester, and was accepted.

During this internship, Nosel worked in the Office of Education, where she would speak to the community about STEM and the different programs NASA has available for students.

In her summer 2019 internship at NASA, Nosel delved more deeply into research and was first exposed to materials science. In an organic chemistry laboratory at the Glenn Research Center in Ohio, her research focused on making a material called polyimide aerogels and their use  in  additive manufacturing processes.

“To be honest, materials were never something I thought I would be interested in, but then I worked with aerogels and I got a small taste of the incredible things that can be done with materials,” Nosel said.

After her internship at Glenn, Nosel transferred to UConn from MCC, where she was originally a chemical engineering major. However, after her experience researching aerogels, she was interested in adding a minor in MSE at UConn. She managed to change her schedule so that she could fit in an introductory course, MSE 2001 (Introduction to Structure, Properties, and Processing of Materials I), which was taught by MSE assistant professor Yuanyuan Zhu. As her first semester at UConn went on, she realized more and more that she wanted to work with materials as well as chemical engineering, and become a double major.

“The MSE class was very interesting and my professor was wonderful, and the more I looked into the applications of materials science, the more I wanted to learn,” Nosel said.

Last month Nosel became an MSE major. She thinks her internship programs prior to UConn prepared her for her MSE classes.

“I went back to Glenn over the winter break to continue research for a few weeks, and going back I felt more confident in what I was doing than before. I knew a lot more about the fundamentals with what was happening in my research than over the summer because of the classes I had taken during the fall semester,” Nosel said.

As for now, Nosel is not currently involved in any research at UConn but hopes this will change soon.

“I think being an undergrad is an excellent time to really explore as many options for research as possible so as to make the most informed decisions on what you want to do afterwards,” Nosel said.

When it comes to her plans beyond her undergraduate career, she expects to pursue a doctorate degree, although she still has to decide her preferred field of study. Currently, she is interested in polymer science.

In addition to inspiring her choice of major, Nosel’s internships have influenced her possible career choice as well, as she would be interested in continuing her work at NASA.

“I really enjoy everything I have done at NASA and would be very happy if I could continue that,” Nosel said. “In the end, I want to do research and advance science in terms of exploration and sustainability.”

From her experiences at NASA, Nosel has also gained some valuable lessons.  She encourages other students to seek out opportunities that they might be interested in, and go for them when they find them, even if they have doubts.

“When I first applied to NASA (and actually every time I have applied for something with NASA) I had every doubt in the world. I never imagined I would be accepted, and I actively prepared myself for the rejection I thought was inevitable. I am still in shock with the opportunities I’ve been lucky to have been given with NASA, and it is all because I pressed that ‘submit’ button.”