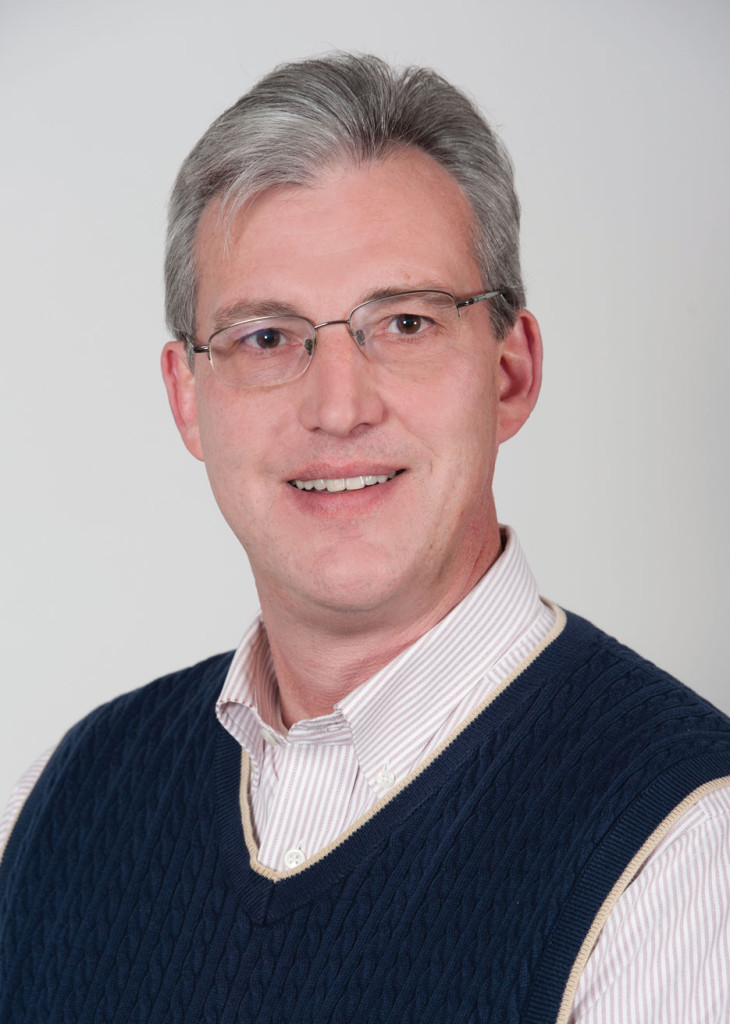 Dr. Rossetti had connections to the German university, having been invited to the Nonmetallic Materials Group (Nichtmetallisch-Anorganische Werkstoffe, NAW) at TUD in the summer of 2009. There, he delivered a lecture covering his work on the phenomenological theory of ferroelectric materials. This stay allowed him to meet with faculty and discuss their research programs, discovering that there were strong synergies between work ongoing at TUD and work at UConn. When the time came for his sabbatical, Rossetti contacted the head of the Nonmetallic Materials Group and Vice President of TU-Darmstadt, Professor Dr. Jürgen Rödel.

Not being studied in the German language, Dr. Rossetti occasionally encountered difficulties with everyday activities such as shopping and cooking. “I was often unsure of precisely what I was buying and could not read the instructions for preparing what I had purchased. Fortunately, there were many nice restaurants within walking distance of my apartment. Apart from that, there were few challenges in daily life, and I found that I could get by easily with English and a few German phrases. Nonetheless, I wish I had found the time to learn more of the German language.”

However, the language did not create barriers with his colleagues. The NAW group consisted of students and scientists from all over the world, making English the common language for meetings and written correspondence. Travel was convenient with easily translatable online schedules. When using the German language was necessary, such as in instances involving government officials, the NAW group was able to accommodate their guest with a translator.

“Some of the most rewarding aspects of my visit occurred as a result of the effort made by everyone at TUD with whom I interacted – faculty, staff and students – to welcome me into the university community. I was made to feel completely at home in the NAW group and developed many strong relationships, both professional and personal. I am continuing my collaboration with TUD researchers and plan to return periodically for shorter stays working in the NAW group.”

Upon his return to UConn, Dr. Rossetti is continuing his research, focusing on thermodynamics, crystallography, and structure-property relations in functional ceramics and their applications in sensing, actuation and energy transduction, harvesting, and storage.

After graduating from Worcester Polytechnic Institute with a B.S. in chemical engineering, Dr. Rossetti became interested in materials science with his first job as a research engineer at Norton Company, a major manufacturer of ceramic materials and products. “I worked on the processing of silicon nitride ceramics and composites for about two years, and over time, became interested in the relationships between the structure and properties of these materials. I recognized that I would need additional formal education in order to have an impact in that area of research.” This led the young scholar to graduate school, earning his M.S. in materials engineering from WPI and Ph.D. in solid state science from The Pennsylvania State University.

Following his degrees, Dr. Rossetti first had the desire to become a professor during his post-doctoral work at Princeton University. This work was followed by an offer of a research position at Saint-Gobain Corporation, leading him to return to industry and continue development of ceramic materials and products. Later he worked as Director of Functional Materials at a small MIT spin-off company, Continuum Control Corporation, and also held an appointment as a visiting scientist at MIT.

In 2006, Dr. Rossetti’s interest in returning academia was heightened when he was invited to give a seminar at UConn’s Institute of Materials Science. He was impressed by the number of faculty in the Materials Science and Engineering, Physics, and Chemistry departments with research focused on the electrical and electronic properties of materials, many of whom had scientific interests closely aligned with his own. When an opportunity came to join IMS, he accepted, later joining our MSE faculty as well. The professor reflects, “I grew up in Connecticut, so coming to UConn was essentially like returning home.”