Dr. Pu-Xian Gao, Associate Professor from the Department of Materials Science and Engineering and the Institute of Materials Science, was awarded a $1.45 million grant from the National Science Foundation (NSF) for his project SNM: Scalable and Sustainable Hydrothermal Manufacturing of Nano-array based Low Temperature Diesel Oxidation Catalysts. The project is funded through a third-year NSF program focused on collaborative research and education in the area of scalable nanomanufacturing. The NSF program is both a component of, and response to, the US National Nanotechnology Initiative’s (NNI) Sustainable Nanomanufacturing: Creating the Industries of the Future venture. Although many nanofabrication techniques already permit the fabrication of small quantities of nanomaterials and devices, the goal of the program is to overcome the impediments that prevent the low-cost production of useful nanomaterials on a larger, industrially-relevant scale.

For the four-year NSF project, Professor Gao is collaborating with two Mechanical Engineers, Professors Tianfeng Lu and Zhuyin Ren, and a Chemist, Professor Steven Suib, all from the University of Connecticut. Through a complementary combination of experimental and theoretical efforts, the research team aims to understand, design, and develop a new sustainable and scalable manufacturing process for a new class of nanotechnology-enabled catalytic reactors, such as the three-dimensional nanostructure array based catalytic converters (see figures 1 and 2) invented in Professor Gao’s Nanomaterials Science Laboratory (NSL).

These new catalytic converters successfully integrate bare monolithic substrates with metal oxide nano-arrays and platinum (Pt) nanoparticles. With a control over the nanostructure size, shape and arrangement, the enabled catalytic devices can significantly reduce Pt and metal oxide usage by 10 to 40 fold compared to typical washcoated powder-form catalysts. The nano-array catalysts also exhibit excellent thermal and mechanical stability in addition to tunable catalytic oxidation performance. These new type of catalytic devices could provide a complementary, and necessary, catalytic after-treatment technology to low-temperature combustion engines, potentially translating to a 30 to 50% fuel savings in comparison with current automotive engines. In addition to the automotive industry, these new catalytic devices could be applied to a range of sectors and industries, including water treatment and the mechanical, chemical, and biotechnology industries.

Professor Gao notes that the project is uniquely designed and positioned to serve as a bridge between catalytic nanomaterials science and engineering research and industrial catalysis for energy and environmental sustainability. The merits associated with the development of a hydrothermal manufacturing process are twofold. On one hand, the energy savings, cost effectiveness, simplicity, and low operation temperatures of the process provide the potential for profitable and advantageous nanomanufacturing apparatus and methods. On the other hand, an understanding of the scientific nature of the hydrothermal process may influence factors such as growth rate, assembled device yield, and batch-to-batch repeatability, which are essential features of a sustainable and scalable manufacturing process. In pursuit of accurate experiment-model correlations, the research team will also address the less understood thermodynamic and transport behaviors in solutions. These research efforts may lead to the predictive control of growth rate and uniformity in the assembly of nanomaterials and device manufacturing process as well as new designs and inventions of scalable nanomanufacturing apparatus and machines.

Professor Gao states: “The aspect of using nanoscale materials and devices to industrially relevant scenarios is in a stage where people look forward to seeing, but still hold certain reservations toward commercialization. One of the major concerns is the scalability associated with economics. The accomplishments in novel manufacturing techniques and scientific understandings will serve as two important drivers toward sustainable and scalable nanomanufacturing in this project. Another important driver is the collaborative partnership between UConn and several industrial sectors who will provide technical consulting and industrial manufacturing testbeds, which will serve as another key for the eventual success of this project, in order to achieve a scalable prototype of nano-array based catalytic reactors toward commercialization.” 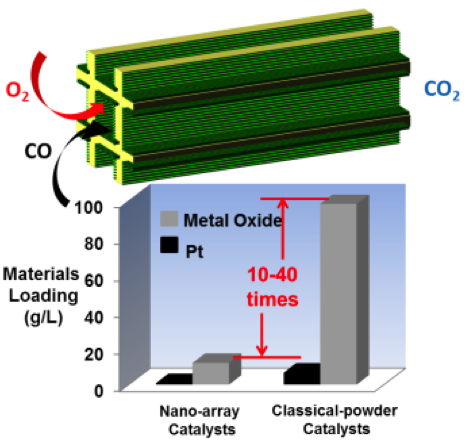 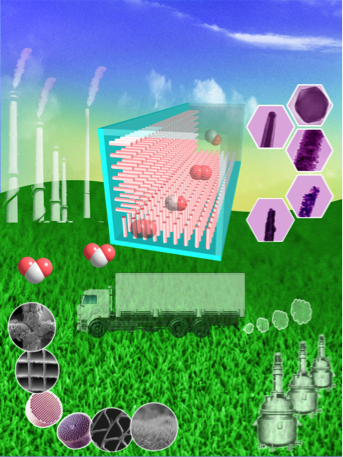