3D Printing Course Off to a Solid Start 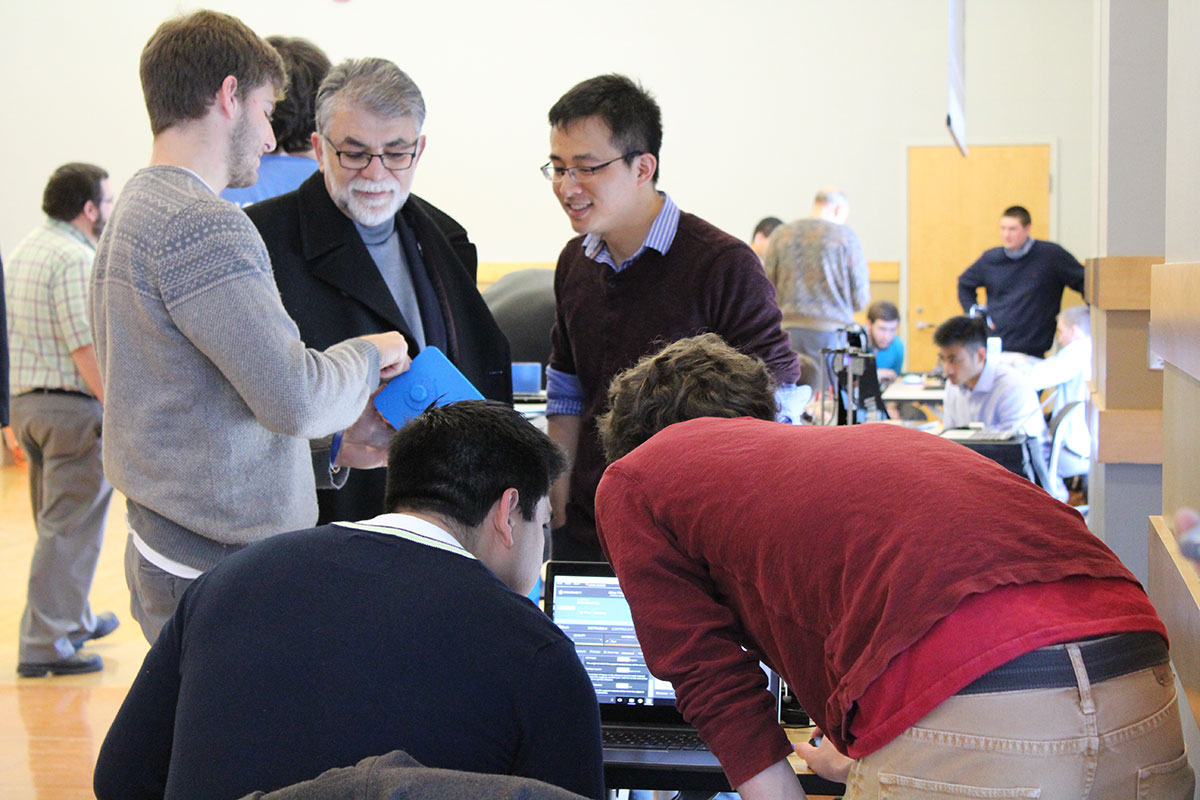 An engaging, hands-on upper-level undergraduate course called “Introduction to 3D Printing: Learn by Building” debuted in Fall 2016 after the proposal won the Mini Grant Competition, introduced by the Provost’s office last year. The course, co-instructed by Mechanical Engineering (ME) Professor Xu Chen and Materials Science & Engineering (MSE) undergraduate Laboratory Manager Adam Wentworth, teaches fundamental mechatronics and methods of FDM 3D printing to 36 junior and senior ME and MSE students, and culminated last semester with a final project that required students to print an object sturdy enough to support the weight of one of the instructors.

Throughout the semester, undergraduate students worked in cross-disciplinary teams to build and calibrate 3D printers from a kit, and later design and print a reverse-engineering themed object. A reverse-engineering themed object may be scanned in its entirety and reprinted or an object whose parts are modeled in software, printed, and assembled to recreate the object.

“Objects that are organic shapes with lots of curves lend themselves to being scanned due to their difficulty to model freehand,” Adam says. “Some of the top entries included an adjustable, fully-functional catapult and combination lock safe.”

During the course final, held in the UConn Student Union, each group was given a model of a bridge to orient, scale, and print in under one hour, with the goal of supporting the weight of their instructor, Adam. The purpose of this final print was to have students understand the large impact that these print parameters can have.

“We were assessing their ability to think critically about a specific model which behaves very differently depending on the printed orientation. There is one group that correctly chose an orientation which required very little support, took a short time, and was strong enough to hold me 1 inch off the ground.” 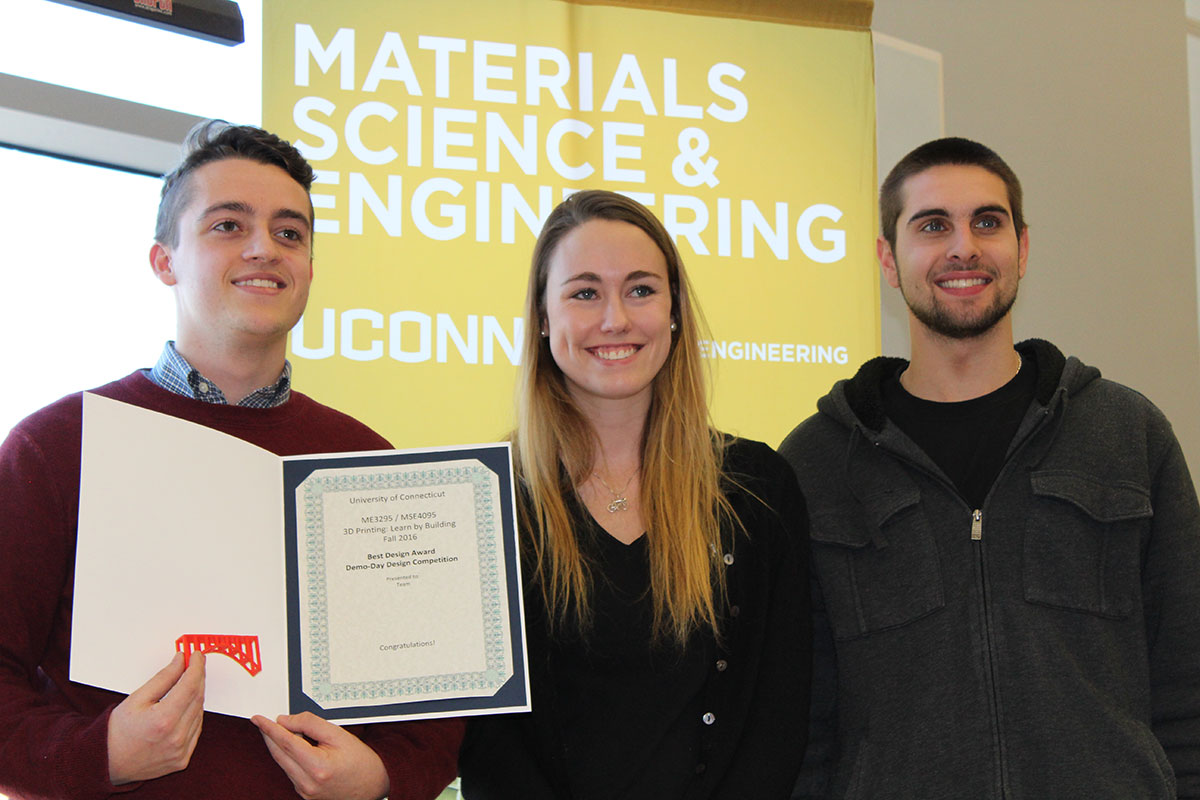 For the groups who didn’t get it this time, they learned that the weak points of a printed object are between the printed layers. If these areas happen to coincide with areas of high stress when a load is applied, the part is more likely to fail. This is a core concept for engineers to understand about additive manufacturing and a major caveat of the technology in spite of its many advantages.

Philip Ashcroft, Lindsey Bonitz, ME seniors, and Zachary Quinn, MSE senior, were the group who succeeded in creating a model bridge that could support Adam.

“Overall, the students took pride in their work and were motivated by the future applications made possible with additive manufacturing,” Adam said.

The class is built for roughly 40 students and is held in the Fall semester. Currently it is open to ME and MSE undergraduates with sophomore level prerequisites. However, due to the popularity of the course, seats filled up quickly with seniors.

“Our goal in the course is to educate students on the current state of the technology. We give them basic skills needed to traverse the field such as CAD experience and practice in creating models and building & operating a printer,” Adam says. They also show how manufacturing and supply chains are being transformed by additive manufacturing, the advantages it has, and how creativity plays a large role in new entrepreneurial space.